Tenth schedule of the constitution is being killed in this House: Vijai Sardesai 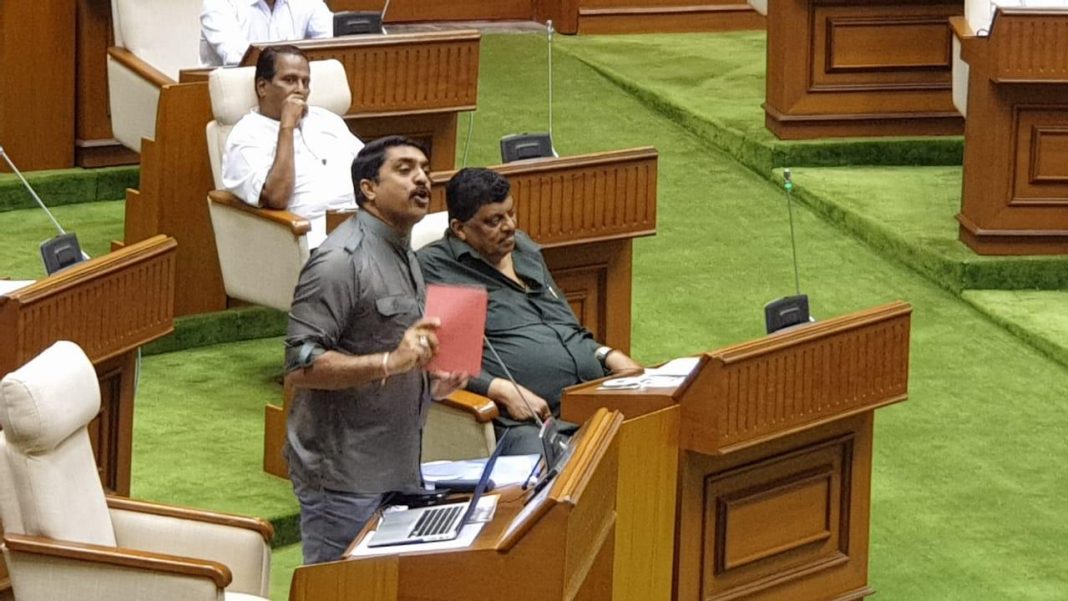 Panaji: Former Deputy Chief Minister Vijai Sardesai told the House on Wednesday that the tenth schedule of the Indian Constitution was being killed in this very House.

Sardesai, who heads Goa Forward Party, was referring to the recent merger of group of ten MLAs into BJP by splitting from their parent party of Congress.

“Tenth schedule of the Indian Constitution is killed in his very House. One fine day, if Supreme Court takes suo motto cognizance of this (merger), then this ten people will out of their political career,” he said.

The Tenth schedule of the constitution deals with anti-defection laws in the country.

Sardesai said that all the ten MLAs who have switched over to BJP have taken voluntary retirement from the politics as they would be defeated in the next election.

He anticipated that the state government, in order to justify their move of inducting MLAs from Congress, might indulge into some lies, which would be told to the cadres repeatedly.

“But lies are not accepted in Goa. Power is not in the Chair but it is with the people,” he said advising BJP to allow people join their party “not as a right but through the heart.”

Sardesai along with his two party colleagues – Vinod Palyekar and Jayesh Salgaonkar – were dropped from the State cabinet along with Independent MLA Rohan Khaunte after BJP had its strength increased from 17 to 27 in 40 member House.