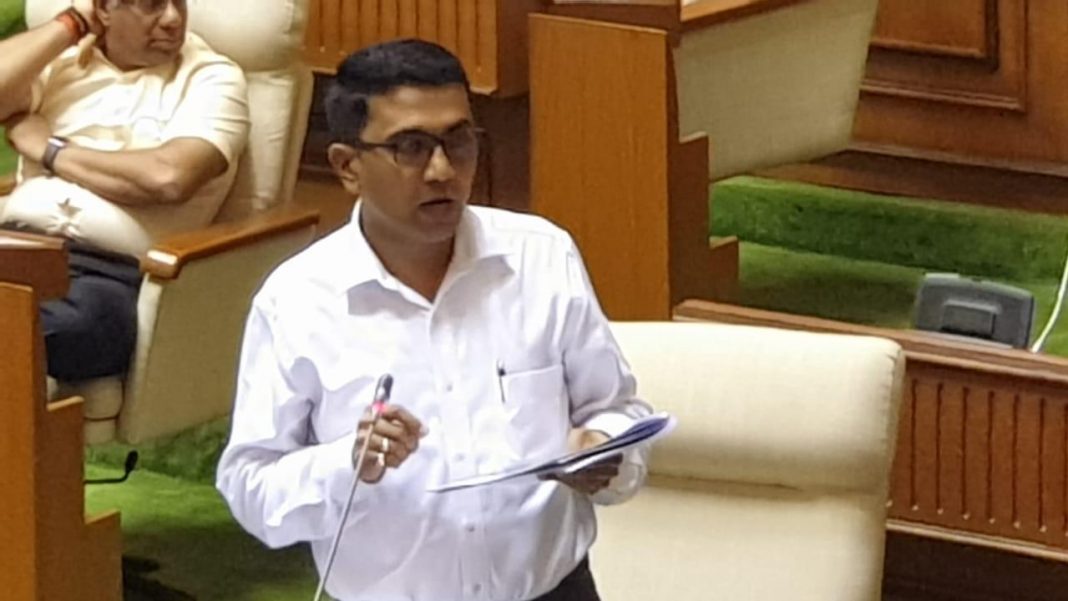 The revenue surplus Budget was presented on the floor of the House by then chief minister Manohar Parrikar on January 30, 2019 but he had not read out the details of the budget owing to his ill-health.

Sawant who took over the reigns of the state after the death of Parrikar in March read out the Financial Statement on the floor of the House on Thursday during ongoing monsoon session of the State Legislative Assembly.

The chief minister said that the thrust of the budget has been on social welfare schemes, education and creating employment opportunities in the State.

Remembering Parrikar while presenting the Budget, Sawant announced that Rs 10 crore has been proposed to set memorial in the name of the former chief minister at Miramar beach near Panaji.

The budget has  increase in the allocation for capital account expenditure by 18.29 per cent as compared to the budget estimate for last year, which was Rs 4,216.25 crore,” he said.

He said with the budget, the government has continued to lay stress on agriculture, education, health, information technology, employment, infrastructure and overall sustainable economic development of the state.

Sawant said that the state government plans to set up institution on lines with NITI Ayog which will advice the state on the policy making, having sustainable developmental goals and implementing the developmental plans.

The chief minister said that none of the social welfare schemes are compromised in the budget while stress is also given on completing the infrastructural projects which are undergoing in the State.

He said that during the last financial year, twenty infrastructure projects were completed, while 15 are at the advanced stage of completion.

Sawant also said that all the options including legislative and judicial measures are being explored to ensure that the mining industry resumes in the State.

The chief minister in his budget also proposed to construct 100 model Anganwadis for the entire State to provide best infrastructure for children.

He said that the thrust would be on creating employment opportunities in Goa during next three years.

On the tourism front, Sawant said that the state government proposes to outsource centres providing facilities like changing rooms, toilets and dining places along the roadside for the tourists.

The chief minister said that the State government proposes to revamp entire curriculum and bring it on par with the entire country.  “Goa University and Goa Educational Developmental Corporation has been given a task to prepare the curriculum,” he said.