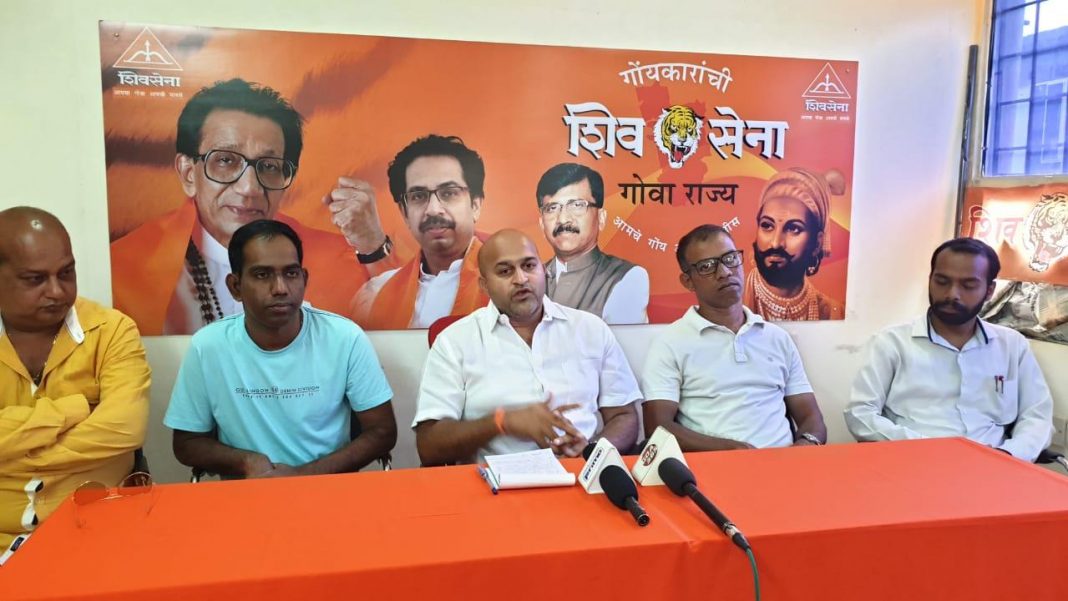 Panaji: Shiv Sena’s Goa Chief Jitesh Kamat on Saturday said that the coastal state is banking on Maharashtra for salvaging it from the current ‘political crisis.’

Addressing a press conference, Kamat said that Goa is currently facing ‘political crisis’ due to the illegitimate moves made by BJP by disrespecting anti-defection laws of the country.

“We have seen that even in the past, during Goa Liberation struggle against the Portuguese rule, Maharashtra had come to the rescue of the State. We are now looking at Maharashtra for salvaging the state from current political crisis,” Sena’s Goa Chief said.

He recalled that during Goa Liberation struggle, the freedom fighters were given shelter in Maharashtra, contributing for the independence for this territory.

Kamat’s statement comes a day after BJP Goa Unit President Vinay Tendulkar urged Uddhav Thackrey-led party to first fufill their own promises made in Maharashtra before eyeing for Goa.

He had also termed Sena as Mumbai-based political party.

Shiv Sena leader Sanjay Raut on Friday had claimed that his party will lead a front which will create ‘political earthquake’ in the State.

Kamat said on Saturday that the way Tendulkar and others had to address a press conference itself indicates that “all is not well within BJP.”

“Bjp, which claims that Sena is Mumbai-based party should know that their own office is in Delhi,” he commented.

Previous articleNigerian arrested for possessing drugs at Morjim
Next articleEfforts made to resume mining activities by Dec end or early Jan, next year