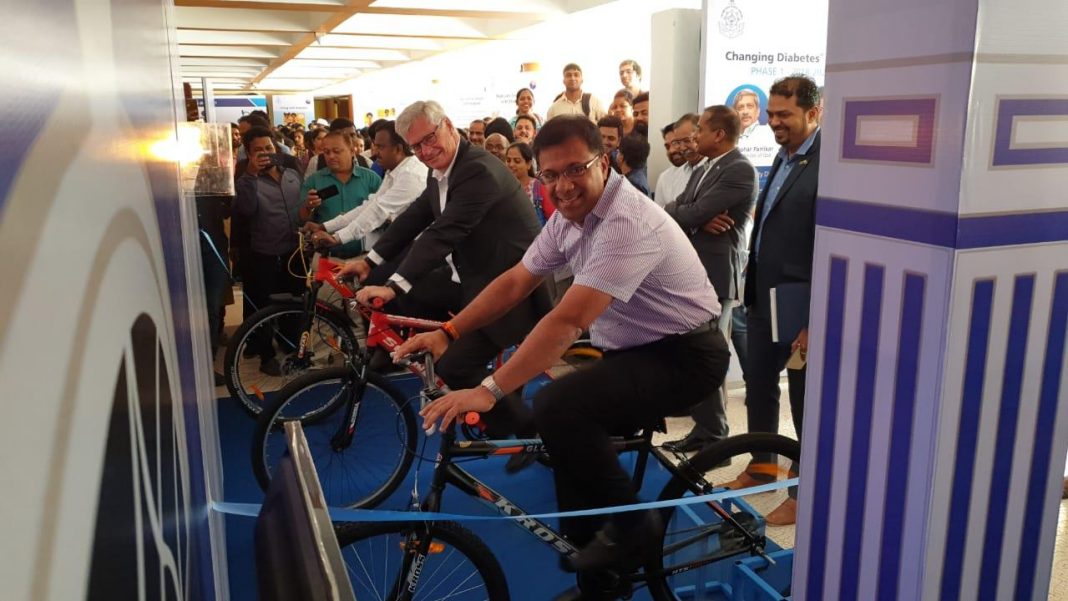 Rane had recently introduced Changing Diabetic Barometer program along with Novo Nordisk Education Foundation, a multinational company.  The initiative has been under the scanner for promoting a multinational firm with the five times the cost.

An expert from the field of medicine said that there is no big difference in the patient care provided between the MNC and Indian companies. The negative factor is that the cost is five times high.

“Prime Minister Narendra Modi has been harping on generic medicine and Goa government is using CSR activity of a multinational company and propagate their product indirectly,” he said.

In what seems to be conflict of interest, the same company is getting the tender to supply insulin as a part of diabetic care.

“The government will spend on the medicine which costs five times more than the regular products but the company spends only for training doctors and staff in giving their own medicines,” an expert said.

Training of Goa doctors by taking them abroad is also being looked upon as an indirect way of promoting the MNC products.

Goa Medical Council which is supposed to take note of this aspect has also kept quiet as it is controlled by the doctors from Goa Medical College and Hospital.