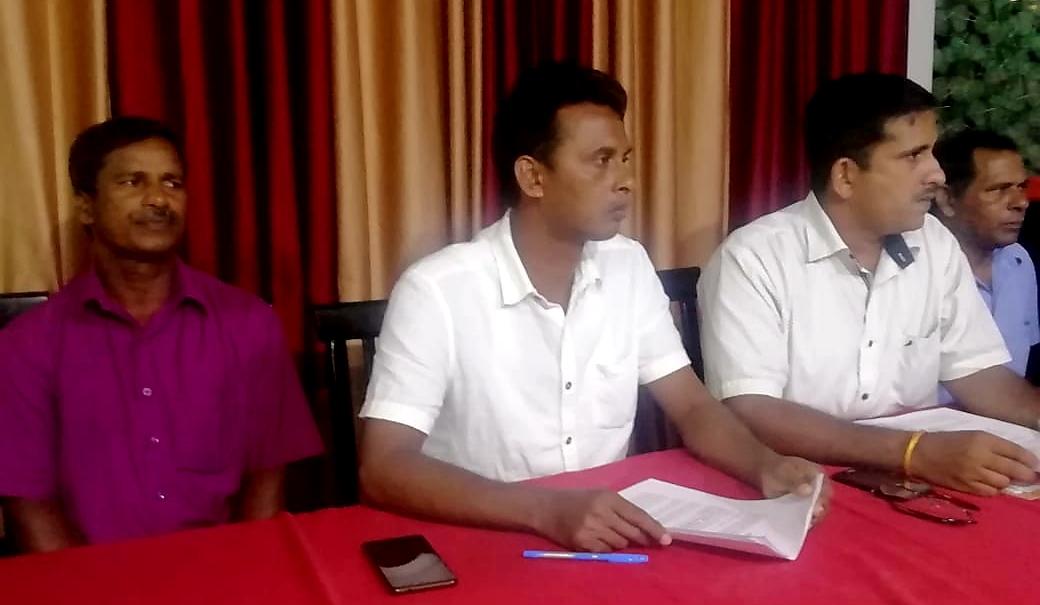 Paroda: Despite directions from Goa State Pollution Control Board, the crusher owned by Cuncolim MLA Clafacio Dias has been operating illegally, the residents of Paroda have alleged.

The villagers of Paroda have challenged Dias to resign as MLA after role of his firm dealing in crusher was confirmed in illegal activity by Goa State Pollution Control Board.

“The MLA is on record stating that he would resign from his position if any illegality proved against his crusher. We through this press released openly challenge Clafacio Dias to resign from his supporters to resign and run towards the ruling side of government to save his skin on pretext of development of Cuncolim,” the villagers said today.

Goa State Pollution Control Board in its meeting on November 2, 2018 and February 13, 2019 respectively resolved to initiate criminal proceedings, revoke consent to operate and levy a penalty for illegal operations and damage to surrounding environment by crusher owned and operated by Cuncolim MLA.

The villagers have said that they have been fighting this battle since year 2008 against the said crusher and after a gap of eleven years, we have achieved this victory in 2019.

But to our utter surprise, the owner holding powerful position of MLA, the crusher operation still continue with political blessings, the villagers have said.

“Through this media briefing,we urge collector and concerned government authorities to act upon the complaint immediately and seal the crusher and premises without any delay.”

“We would also urge Environment minister Nilesh Cabral to direct authorities to implement  GSPCB directions,” they have said.