Cabral bab stop threatening Goans, If state can bear 277 crore of fee waiver for casinos, why not give same relief in Electricity bills to Goans : Valmiki Naik 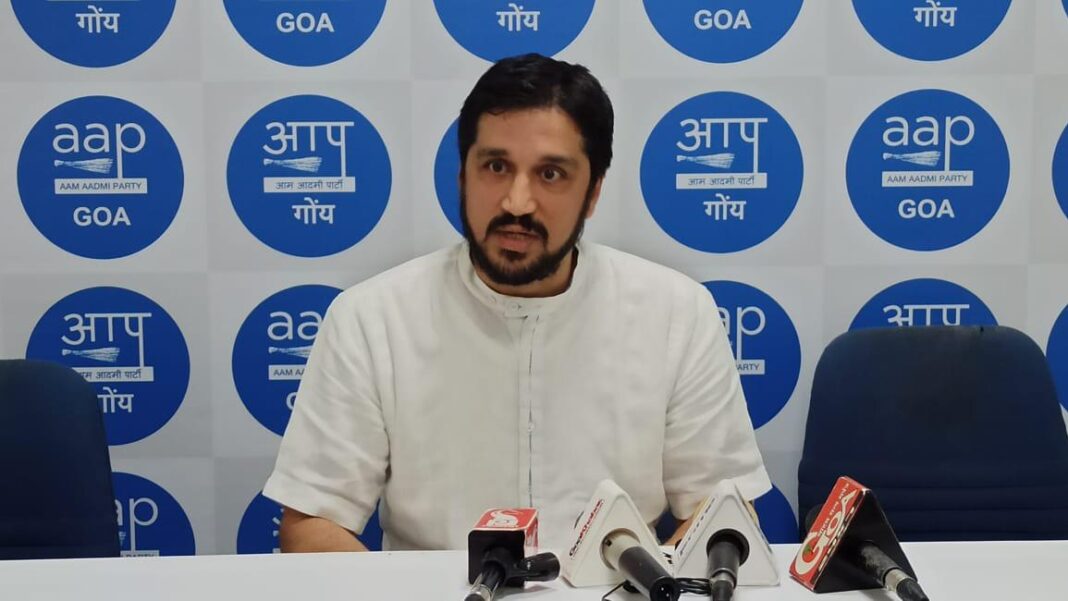 Aam Aadmi Party has strongly objected to the bullying tactics threatened by Power Minister Nilesh Cabral who has now threatened to disconnect power supply to all those who have not paid their bills for three months while at the same time stating that bills will be presented after three months.

“How do you expect the common man to pay a three months bill at one go when they are given the bill itself after three months,” asked AAP leader Valmiki Naik who also held Nilesh Cabral responsible for the mess in the electricity department that cannot submit the bill every month.

He lamented that the BJP government in Goa has no consideration for the common man at all and wants to dump such heavy power bills on them even knowing that many have lost their jobs due to the lockdown while businesses are totally down particularly those run by individuals.

“What is really surprising is that Dr Pramod Sawant had the courage to waive of Rs. 277 crore taxes of the casino industry which is making a lot of money even during pandemic but could not offer any relief to the hard working common Goan,” Naik said.

Valmiki Naik advised Nilesh not to use the non payment of bill as an argument to promote the Tamnar Transmission project by destroying wild life in protected areas and instead asked the minister to concentrate on generating hydel and wind energy.
He also pointed out that the government would do well to promote the one time settlement scheme so that additional amount could be collected and asked the department to concentrate on recovering the Rs. 413 crore due to it from Govt’s own offices and establishments which are the biggest defaulters, instead of harassing ordinary Goans already under financial distress due to the pandemic.

Valmiki said the BJP government in Goa and particularly the power minister has failed miserably to address the power problems in Goa while AAP is not only giving uninterrupted power to consumers in Delhi but it is also free and cheaper than Goa.