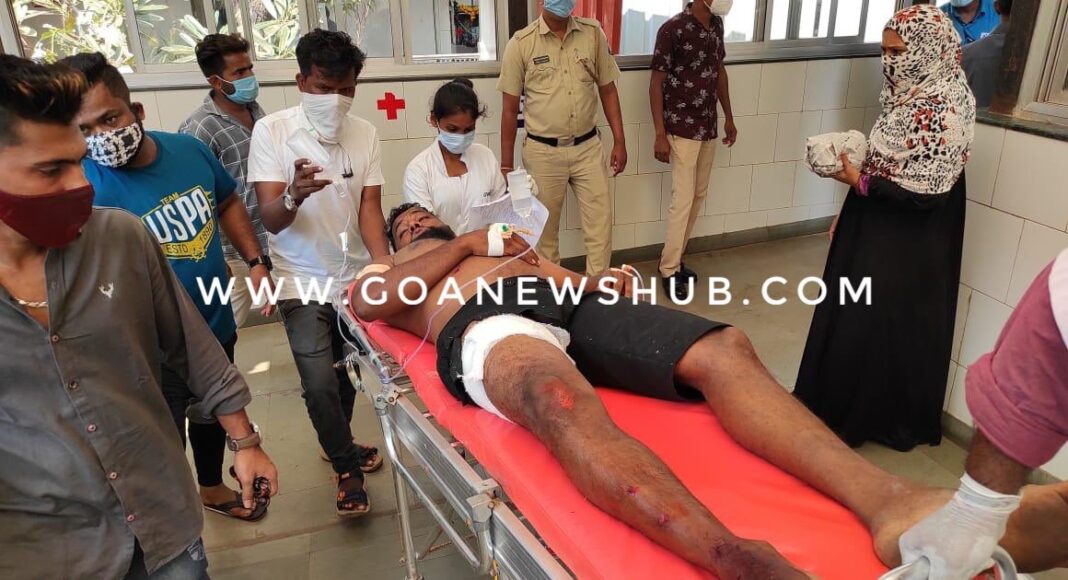 Fatorda: A notorious history sheeter was critically injured after he was fired with a bullet by a rival gang members near Margao town on Tuesday afternoon.

Anwar Shaikh, who has been booked in the past for several offences related to assault, kidnapping and threatening, was attacked by members of his rival gang in the afternoon at Fatorda, Police Inspector Kapil Nayak said.

Shaikh was shot on his knee with a pistol by a rival gang member, he said adding that one attacker identified as Ricky Olernkar has been arrested, while two others are absconding.

Nayak said that Shaikh has been shifted to Goa Medical College and Hospital after the attack for his treatment.

He said that the gang rivalry was the reason behind the attack.

One person has been arrested.. Ricky ornekar.. rivalry.. curchorem.. anwar near garage.. one bulletin.. gmch ..