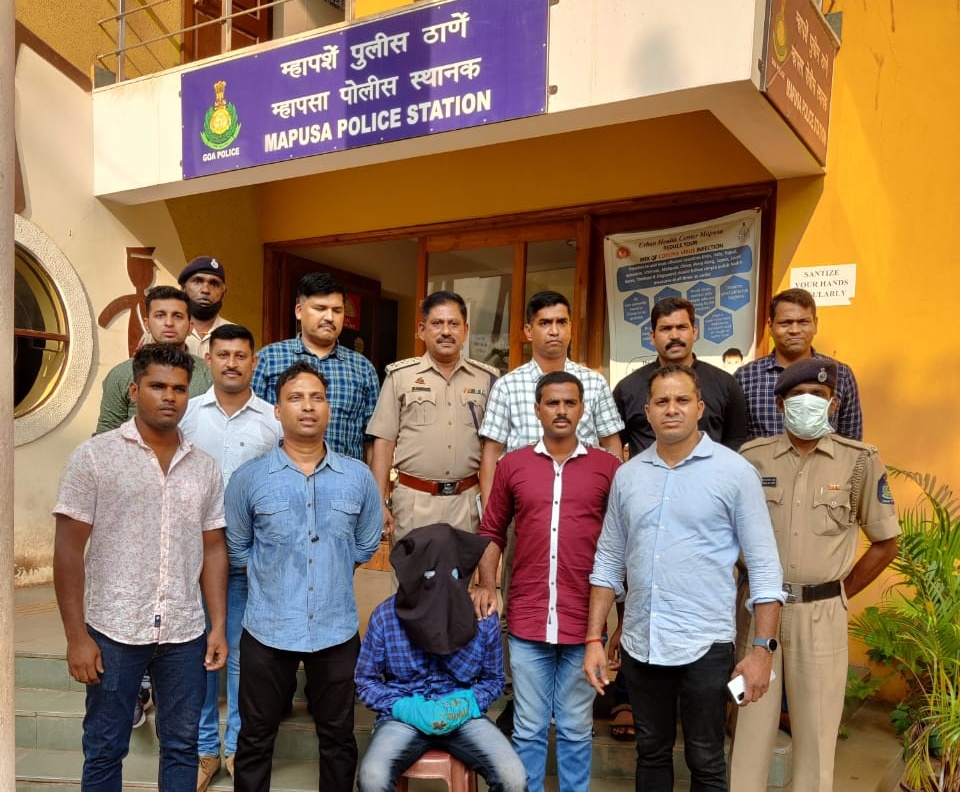 Mapusa: The accused in British national rape case in Goa was apprehended at Hoskote town near Bangaluru Karnataka on intervening night of Friday-Saturday, seven months after he escaped from central jail at Colvale near here.

Police spokesman said that the accused Ramchandran Yellappa was arrested at Hoskote in Karnataka on Friday-Saturday ending the seven month long search operation by Goa police that spanned across  the states of Andhra Pradesh, Karnataka and Tamil Nadu.

The accused had escaped from Colvale Jail in September 2020, this was his second escape, the first being in June 2019 when he had escaped from police custody on his way for medical check-up in South Goa’s Margao city. He was arrested in Bengaluru after his first escape.

The accused is arrested for allegedly raping a British woman tourist at Canacona village in the year 2018.

Police spokesman said that the a joint team of Crime Branch and North Goa police were tracing the accused since his escape and from “intensive technical surveillance and actionable ground level human intelligence, the important leads were developed by the team.”

The accused revealed that he had escaped from Colvale Jail after carefully planning his escape through climbing walls and slithering through the drainage ducts.”

The spokesman said that during the time he was on the run,  he travelled across Goa, Maharashtra, Karnataka, Tamil Nadu, Andhra Pradesh and Telangana by doing odd jobs including driving and working with his old associates, sometimes committing thefts and burglaries.

He was careful to not remain in the same places for long and remained on the run. However, the intensive investigation, especially in the last fortnight during which multiple teams were deployed in Karnataka / Andhra Pradesh/ Tamil Nadu were able to track down his movements.