United Front for Quepem gets major push, three candidates withdrew in their support 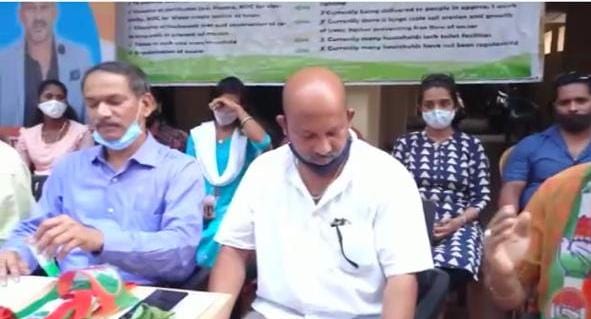 Quepem: The United Front for Quepem panel supported by Congress party got a major boost on Saturday when three candidates withdrew in their favour.

Three candidates including Audhut Amonkar, Ismail Khan Pathan and Prajyot Prabhudesai withdrew in support of the panel which is backed by Congress leader Altone D’Costa.

Senior Congress leaders including GPCC President Girish Chodankar were present for the press conference at Quepem when all three candidates officially supported ‘United Front for Quepem.’

Interestingly, Pathan claimed that he was AAP supporter and the candidate but withdrew it after understanding that there is tacit support of the party to BJP and its leader Chandrakant Kavlekar.

What is interesting is that the Quepem municipal council election which had three candidates elected unopposed before the rescheduling of the dates, now has a fight in each of the wards.

D’Costa, who has a stronghold over the constituency, has been supporting the candidates. He said that the attempts  are clear to ensure that the secular votes are not divided.