All the seven fresh cases were imported: Pramod Sawant 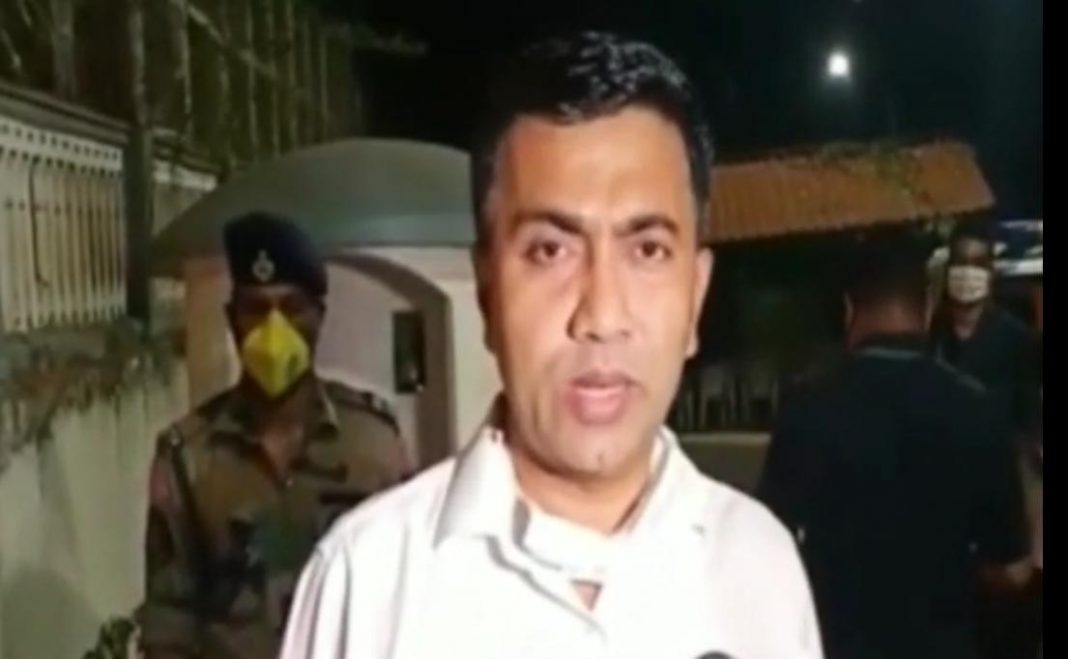 Panaji: All the seven positive COVID-19 cases reported in Goa on Wednesday were “imported” , while results of confirmatory test conducted on the samples taken from them is awaited, Chief Minister Pramod Sawant said.

After a gap of one month and ten days, Goa reported COVID-19 positive cases on Wednesday. Sawant said that of the seven, six were belonging to the same family of Goan origin which had travelled to the coastal state from Mumbai.

“All these family members were kept in quarantine facility where they were tested positive during rapid testing. Their samples are sent for confirmatory test at virology lab in Goa medical college and hospital,” he said.

The chief minister said that the family was quarantined immediately after their arrival in the state, and they had not come in contact with anyone during their stay in Goa.

Sawant said that the seventh person who has tested positive for rapid test was a truck driver, who had arrived from Gujarat on Tuesday.

“We have quarantined all the people with whom he had come in contact,” he said adding that the results of confirmatory tests conducted on his samples too are awaited.

Sawant said that if these patients test positive for confirmatory test, then they will be shifted to specially designated COVID-19 hospital for the treatment.

“All these seven cases are imported from other states. They are not from Goa,” the chief minister said adding that the locals should taken all the precautions and strictly adhere to lockdown guidelines.

“We need to abide by social distancing norms, wear mask and don’t neglect sanitisation,” he said.

Earlier, breaking the news about COVID-19 positive patients, Health Minister Vishwajit Rane tweeted “seven new #COVID19 cases have been reported positive via the TrueNat testing done at Ponda Sub District Hospital. The tests have been further sent to the virology lab at GMC for confirmation, results are awaited.”

“My humble appeal to citizens to stringently adhere to lockdown guidelines. It is crucial for us to follow the precautionary measures like wearing  a mask, maintaining social distancing, etc. We can win the war gainst #COVID19 by standing united in spirit to keep our state safe.” he tweeted further.

The Chief minister had even announced holding of SSC and HSSC examination in the state which were kept on hold after COVID-19 outbreak.