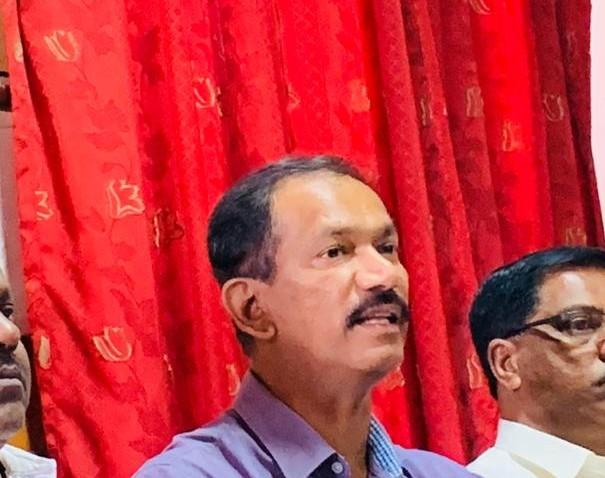 Panaji: Following Supreme Court observations in Manipur assembly speaker’s case on disqualification of lawmakers, Congress in Goa on Wednesday said that the verdict should also imply to Goa Speaker who has been holding back his decision on the disqualification petition filed against ten of the party MLAs “who had defected to BJP.”

Goa Congress Chief Girish Chodankar on Wednesday told reporters in Margao town that disqualification petition filed by him against ten MLAs who “defected to BJP” has been pending before Speaker of Legislative Assembly Rajesh Patnekar, since August, 2019.

“Only once, that too on September 23, 2019, the Speaker had called our lawyer Abhijit Gosavi for hearing before him. After that there has been no progress on the case of disqualification,” Chodankar said.

The Congress leader said that in his petition he had challenged the merger of one group from Congress, comprising ten MLAs into BJP, as there was “no split in the Indian National Congress or Goa Pradesh Congress Committee.”

“We had filed disqualification petition expecting that the Speaker will give his verdict immediately. Since no progress was made in the case, in December, 2019, we filed a reminder before Speaker but nothing happened even after that,” Chodankar said.

The Congress leader said that SC in case of verdict in Manipur case has observed that the disqualification petitions should be decided within a “certain time-frame”.

“We also appeal Speaker of Goa Legislative Assembly to decide on our petition within a time-frame. Whether he disqualifies or not, it is up to him, but he has to give the decision within certain time,” Chodankar said.

He said that despite disqualification petition pending against them, all the ten MLAs are enjoying public positions that of Deputy Chief Minister, State ministers and even Chairman of government run corporations.

In July, 2019, ten Congress MLAs out of 15, en-mass supported Pramod Sawant-led government increasing the strength of BJP on the floor of the House to 27 in 40-seat assembly.