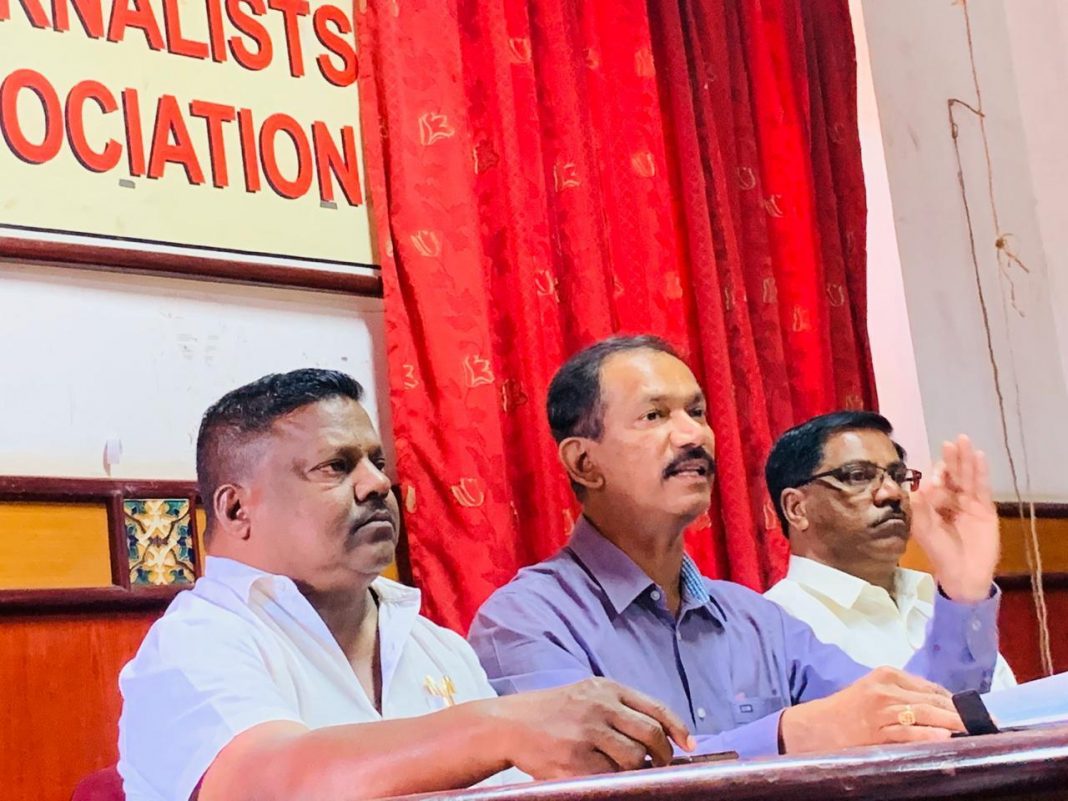 Panaji: Congress party on Wednesday said that they would be approaching Central Bureau of Investigation (CBI) with the complaint in mining leases renewal scam alleging involvement of former Chief minister late Manohar Parrikar.

Goa Congress Chief Girish Chodankar, addressing a press conference in Margao, on Wednesday, said that the party had filed complaint in connection with the alleged mining leases renewal scam to Governor of Goa and Director General of Police in October 2018, but no action was initiated.

“We had specifically named then Chief Minister Manohar Parrikar as an accused in the scam. But within a fortnight of filing the complaint, then Superintendent of Police (Crime Branch) Karthik Kashyap had reverted saying that the complaint was investigated and found no substance in the allegations,” Chodankar said.

The Congress chief pointed “with the order of Goa Lokayukta on Monday which has indicted former Chief Minister Laxmikant Parsekar and two other officials, our contention is strengthened.”

“Parsekar himself in the affidavit filed before the Lokayukta had said that the process to renew leases was started by Parrikar and he continued it as government is a continuos process,” Chodankar said.

In next seven days, Congress will file formal complaint with CBI demanding investigation in the illegal renewal of mining leases scam, he said.

Lokayukta on Monday had recommended a CBI inquiry into the renewal of 88 mining leases, which were executed in 2014 when Parsekar was the chief minister of Goa.

Supreme Court in February, 2018 had quashed the renewal of all the mining leases bringing to halt the entire industry.

Chodankar said that Lokayukta order has come as an “added ammunition” to Congress party’s complaint to the CBI.

Parsekar said that whatever decision he had taken in connection with renewal of mining leases, was done in his capacity as the chief minister.

“I have not taken any decision blindly. High Court had cleared the renewal of the mining leases after which government had formed a policy for it,” he said.

The former chief minister recalled that the policy was put before the cabinet, notified in government gazette and then again informed to the High Court about it.

“Supreme Court over ruled the government decision and quashed the mining leases. It happens in many cases that SC sets aside the decision of state government but that does not mean you can hang the chief minister holding him responsible for it,” he said while refusing to comment whether he had named Parrikar in the affidavit.