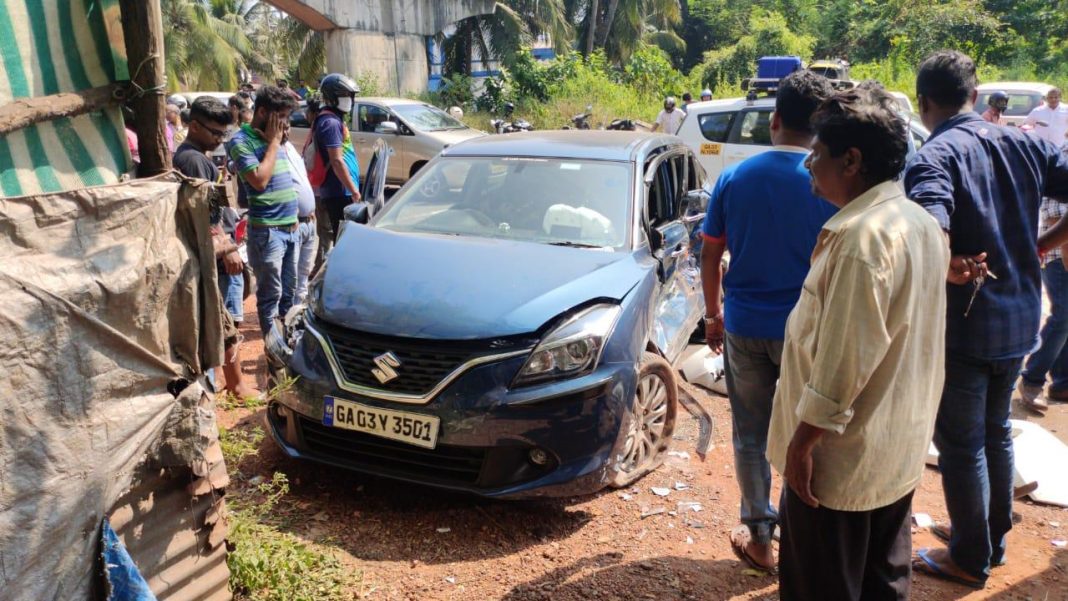 Panaji: Leader of Opposition Digambar Kamat has said that the tragic fatal accident at Chimbel junction has once again exposed the gross negligence by the Government as well as the Contractors engaged in the road construction works.

“I urge the Chief Minister to immediately give directions  to all the PWD officials and the contractors involved in road works to ensure that proper safety measures are put in place to ensure that no threat is caused to the lives of the commuters,” Kamat has said in a statement released here.

“I am deeply saddened to hear about the fatal accident and my thoughts are with the familiy of the person who succumbed to the injuries. I also pray for speedy recovery of all those who are injured and urge Government to ensure that they are given proper medical attention and treatment,” he said.

Kamat said “the work of highway expansion is moving at snails pace right from Patradevi to Pollem for the reasons best known to the Government. At some places the work stands abandoned for months and huge debris on the road and sideways are causing danger to the vehicles.”

“I am surprised that the work on connecting the third Mandovi bridge to Ponda highway has almost come to a standstill with no sign of any progress of the Chimbel junction flyover work. The debris below the operational third Mandovi bridge still remain uncleared from Panaji to Porvorim, causing serious hazard to traffic.”

“The negligence of the officials and contractors have caused many fatal accidents on the national and state highways, wherein innocent peoples lives are lost. The road condition from Pernem to Mapuca is pathetic and has become an accident prone stretch. Similar situation arises at Ponda and highways works in Salcete and Canancona taluka,” he said.

“The road contractors are to be held accountable and responsible to ensure that proper service roads are provided to smooth movement of traffic. They need to install  signboards wherever diversions are made. There should be night reflector signages all over the road stretches where works are presently undergoing,” he added.

“Most of the delineators on the national highways are broken and damaged or uprooted. The tiger eyes for the borderlines of the roads are also rusted and do not reflect in the night.”

“The Government has completely failed to remove the potholes on the roads and every time new dates are announced.”

“We are now approaching the peak tourism season and the ignorance of the government to put safety measures in place  will lead to a major disaster.”