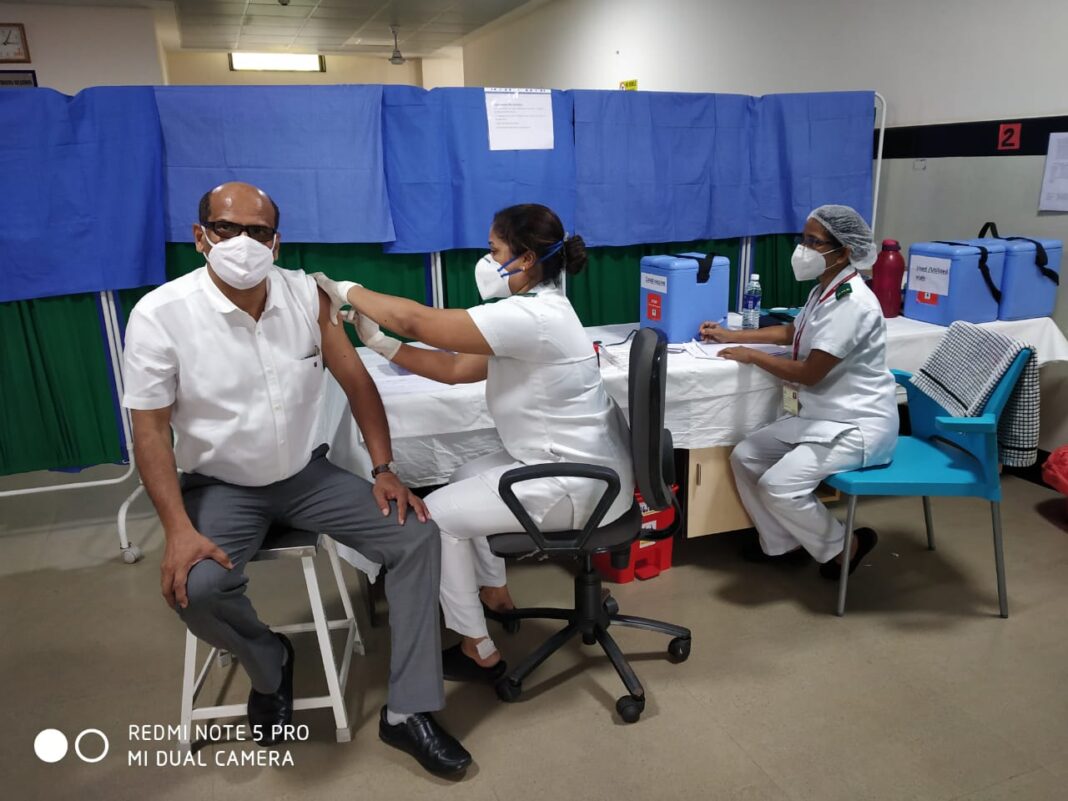 Panaji: In all 426 health workers were vaccinated on the maiden on Saturday in Goa across seven facilities, a senior official said.

State Immunisation Officer Dr Rajendra Borkar told PTI that the vaccination was successful with 426 out of 700 people, eligible for the immunization, taking the vaccination on the first day.

He said that there not all of the 700 beneficiaries turned up to take the vaccine as “there may be initial hesitancy to take it.”

“As the people find that there is no harm in taking the vaccine, we expect the response to increase and everyone will take it,” Borkar said.

He said that there was no major medical complaint reported during the day, while there were seven minor complaints by the beneficiaries.

As per the statistics available with State Directorate of Health Services mentions that 242 people in North Goa and 184 from South were immunized on the first day.

Borkar said that the people who were administered the vaccine today, will have to take the second shot on February 13.

The vaccination in Goa was held across seven hospitals including two private facilities – Manipal Hospital and Healthway Hospital , both located near Panaji.

Ranganath Bhojje working as a Multitasking Staff (MTS) with Goa Medical College and Hospital (GMCH) was the first one to take the vaccine on Saturday morning.

Borkar said that the date for  next round of vaccination would be announced later.

Dean GMCH Dr Shivanand Bandekar said that the next round may be held on coming Saturday wherein another batch of health care workers would be immunized.

State has identified 18,000 plus health care workers including 4,000 from GMCH, who would be immunized during the first phase before it is rolled out to senior citizens and people with comorbid conditions.