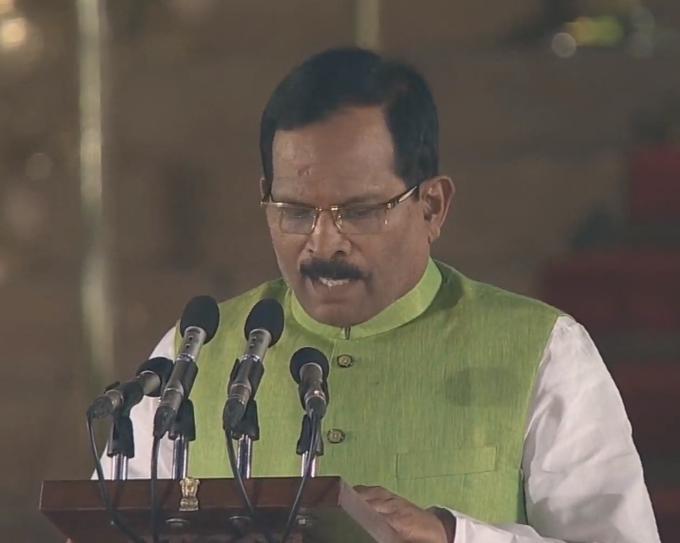 In November last year Mervin Fernandes represented by Adv. Aires Rodrigues initiated criminal proceedings against Vinod Desai after being duped on a promise of a government job. Adv. Rodrigues submitted to the Court that Vinod Desai a resident of Old Goa while flouting his connection with politicians had over the last few years duped hundreds of young job seekers to the tune of crores of rupees.

Vinod Desai while claiming to be working for Shripad Naik had promised Mervin Fernandes a government job at the Secretariat on payment of six lakhs and had taken an advance of two lakhs. Having failed to secure the job Mervin Fernandes demanded a refund and Vinod Desai on 28th June 2017 issued him a cheque of one lakh as part refund but that cheque bounced.

On being summoned by the JMFC to testify and give material evidence on what he knew about the case, Shripad Naik in his deposition today stated that he knows the accused Vinod Desai for the last 10 to 15 years and that he sometimes used to visit his house but was never employed by him though his father worked for him. Shripad Naik further testified that his office on 26th September last year had written to the Old Goa Police Station that Vinod Desai was not their staff.

But another witness Sripad  Bhosle in whose presence Mervin Fernandes had paid Vinod Desai  the amount of two lakhs, today testified in Court that Vinod Desai was infact very much working for Shripad Naik in his residence at Sao Pedro.

Sripad Bhosle also deposed that while promising his daughter a job in the Fisheries department Vinod Desai had taken an advance of one lakh from him but however refunded the amount after his daughter did not get the job.