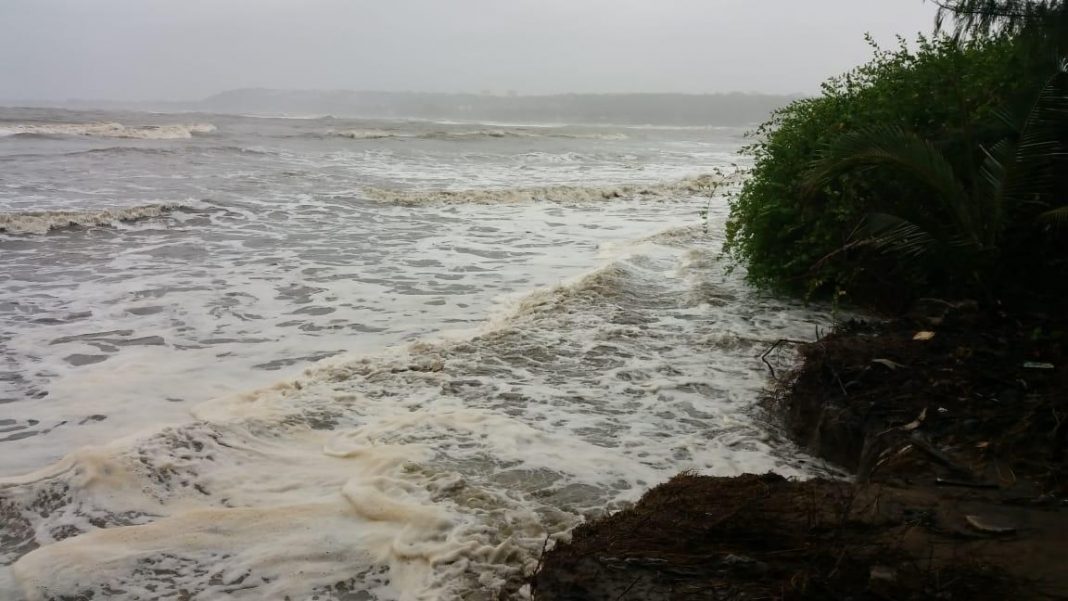 Panaji: Even as pre monsoon showers along with gusty wind hit Goa, Indian Meteorological Department has predicted the condition to continue for next two days.

“Onset of cyclone VAYU will trigger heavy rains in Goa and Konkan area for next two days,” IMD has said in a press statement released here.

The department has issued orange warning to Goa in view of deep depression over East Central and adjoiing South East Arabian Sea which has intensified into cyclonic storm.

While Drishti Lifesaving Services Private Limited, an agency which manages State’s beaches, have closed the shoreline for swimming purpose from Tuesday onwards, the water level exceeded its usual limit during the day today (Tuesday).

The gusty wind was experienced at the shoreline as tourists and locals kept themselves away from venturing at it.