Section 144 of CrPC withdrawn from the state 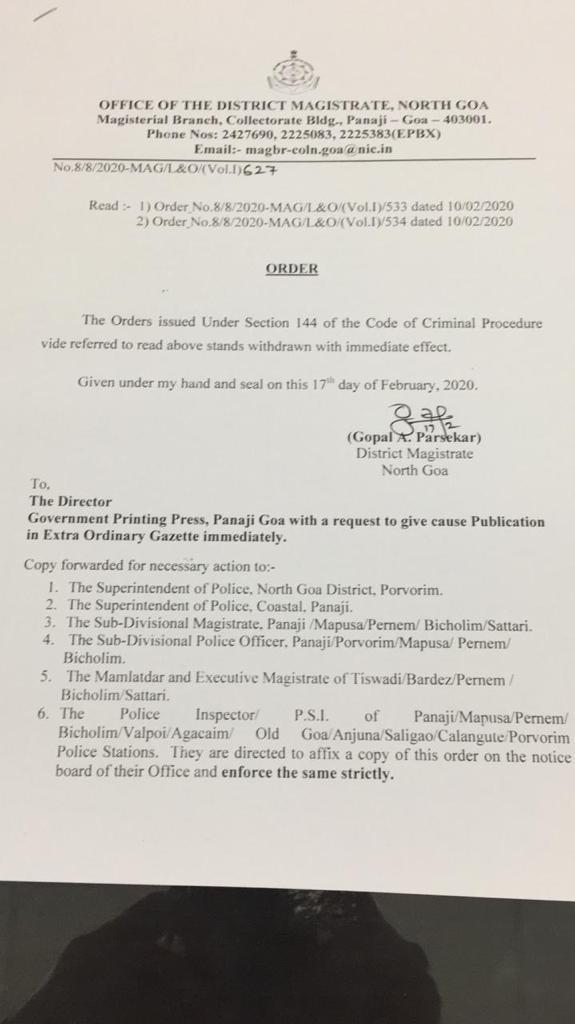 Panaji: North district administration on Monday withdrew the imposition of section 144 of CrPC in the district, which was put in force fearing terrorist activities.

North Goa district collector Gopal Parsekar, in a notification issued on Monday, has withdrawn the earlier order imposing section 144 of Criminal Procedure Code in the district.

The notification comes ahead of Carnival festivities which will begin the in the state from February 22 onwards.

The opposition parties had questioned imposition of section 144 of CrPC in the state claiming that such a move would hinder the tourism industry.

Then North District Collector R Menaka while imposing the section 144 of CrPC had cited intelligence inputs on terror on the western coast. The collector had also expressed possibility of anti-social elements indulging in the activities in the district.