Meeting with Nadda was interruptive, not interactive: Dentists 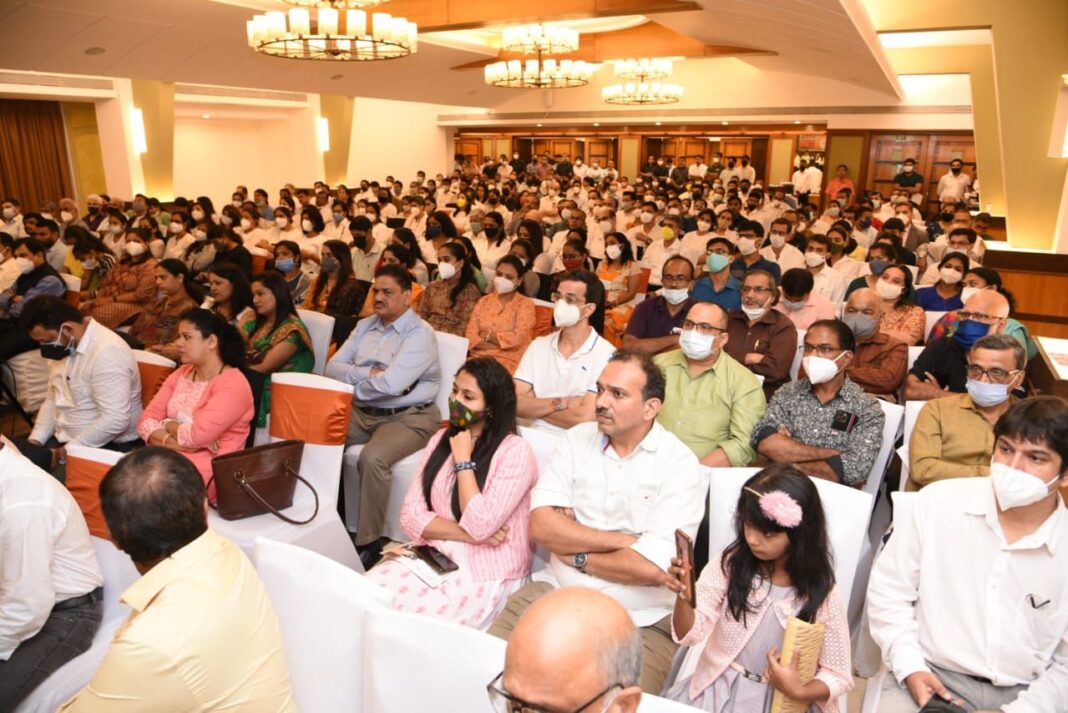 Panaji: Days after staging walkout from a meeting in presence of BJP National President J P Nadda, Goa Private Dental Practitioners’ (GPDP) has said that they had to take the action as “interactive” session turned out to be an “interruptive” one.
In a press statement released here on Tuesday, Goa Private Dental Practitioners’ has said that their intention to participate in the meeting was to point out towards the issues faced by the fraternity.
“The meet was supposed to be an interactive session, the dental fraternity felt that their representatives were not allowed to express themselves and were not even allowed to finish what they had to say,” the press release adds.
The dentists said “what we were told, would be an “interactive” session in reality, turned out to be an “interruptive” session and hence we staged a spontaneous walkout.”
The dentists had protested during the meeting over the fees imposed on them to collect Bio Medical Waste by a private contractor appointed by the State government.
Chief Minister Pramod Sawant and BJP State Medical Cell incharge Dr Shekhar Salkar had turned the event as “political motivated.”
The GPDP has refuted the allegations made against them.
“We hereby state that the Goa Private Dental Practitoners (GPDP) is an apolitical body. We had attended the meet organized by the BJP medical cell on the invitation of its convenor Dr. Shekhar Salkar, in order to put forth certain issues affecting the fraternity, that have arisen due to the faulty policies of the present government,” the press release adds.
The GPDP said that for them the meet was a platform to put forth our unresolved issues before the National President of the party who is in Power in the State of Goa.
“We need to clarify that his insinuation that the biomedical waste (BMW) collection issue is everyone’s issue is absolutely false. This issue is a specific and sensitive issue that involves the private dental fraternity in particular. We clearly communicated to Dr. Salkar, the previous day that if the Honourable Chief Minister Dr. Pramod Sawant resolves our issue, it would not be necessary for us to meet the BJP National President Shri. J.P. Naddaji at the meet held at Hotel Fidalgo, Panaji. We categorically state that it was never our intention to cause any embarrassment to the BJP National President.
We had exhausted all departmental channels including the one of meeting the Hon’ble CM of Goa, where a detailed justification was given and an in-principle approval was obtained, however despite the elapse of one month nothing happened.
We were invited for this meeting by Dr. Shekhar Salkar. He was clearly informed that around 150 dentists would present a memorandum and have a discussion with Shri. Naddaji regarding the issues faced by the private dental fraternity and that we would not be staying on for the dinner.
Regarding the Biomedical waste collection fees, Dr. Salkar ridiculed the private dentists in terms of affordability. We would like to clarify that our grievance has always been that we have been placed in the wrong category with regards to the quantity of biomedical waste that the dental clinics generate. The increased fees are a fallout of this. As regards syringes thrown here and there, is he insinuating that his colleagues from the medical and dental fraternity indulge in this kind of an irresponsible behaviour?
He even had the audacity to say that we should recover these additional fees from the patients, a process in which the common man will suffer.
Dr. Sneha Bhagwat stated that we were given ‘a chance to interact’. But the fact is we were there on a specific invitation having told the Convenor, BJP medical cell the purpose of attending the meet was to submit the memorandum to the BJP National President and have a healthy interaction with him so that our issues are resolved at the earliest, we were not seeking any favours and definitely not taking any chances.
We categorically state that the Goa Private Dental Practitioners that consists of more than 350 private dental practitioners from the State of Goa, including an eminent 86-year-old senior dentist Dr. Suresh Shetye, do not indulge in any kind of political activism.
Finally, and most importantly we want to make it clear to all, that, we were urged to attend this meeting by the BJP Medical cell Convenor Dr. Shekhar Salkar himself. He told us that this was a one-off opportunity to present our issues before the BJP National President Shri. J.P. Naddaji in the presence of the Hon’ble Chief Minister and said that if we came in large numbers, it would put immense pressure on the Chief Minister and he being a politician would understand our importance and resolve our issues at the earliest.