It is wrong notion that drugs are sold in colleges: CM 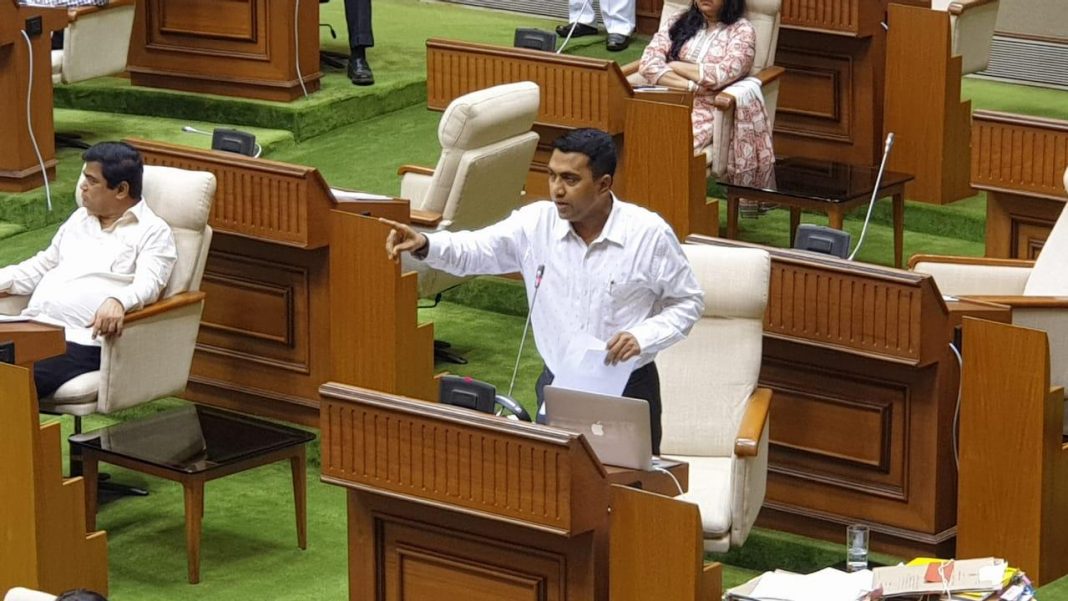 Porvorim: Chief minister Pramod Sawant on Tuesday told the House that the notion that drugs are available in the colleges has been wrongly projected, and assured to pull out all the stops to ensure that the state is narcotics trade free.

Sawant told the ongoing session of the legislative assembly that the wrong picture is being projected that the drugs are being sold in the colleges of the state, which is absolutely wrong.

The MLAs including that from ruling benches during the discussion on the floor claimed that the narcotics have percolated to the villages and youth are getting affected with it. BJP MLA Francis Silveira said that the youth were doing drug at secluded place, while police are reluctant to take the action.

Congress MLA Aleixo Reginaldo Lourenco also said that the drugs were being openly sold in few of the restaurants in the beach belt including that at Anjuna. He also alleged that the drugs was being sold in the college, but later his statement was expunged by Speaker Rajesh Patnekar.

Responding to the accusations, Sawant told the House that the notion that drugs is being sold in college is absolutely wrong and all the measures are taken to ensure that the narcotics trade is eliminated.

“Police have registered more than 2,900 cases during last one year. This shows that there is zero tolerance towards drugs in the state or else such number of cases would not have been registered,” he said.