Goa Congress legislative party chief to be announced from Delhi 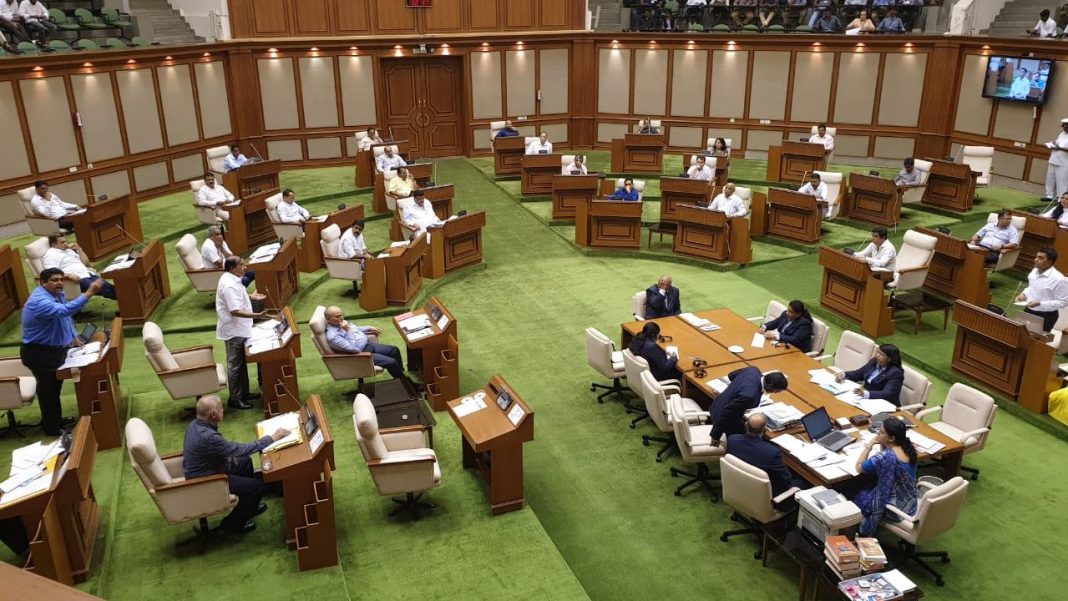 Panaji: Congress party’s leader of opposition on the floor of the House in Goa Legislative Assembly would be announced by party high command, a senior leader said.

Former chief minister and Congress MLA Digambar Kamat told reporters outside the legislative assembly complex that party’s Goa desk incharge A Chellakumar has met all the MLAs and has gone to New Delhi.

“The decision about the new leader of opposition will be announced from New Delhi,” he said.

Congress suffered major setback on last Wednesday after a group of its ten MLAs merged themselves into BJP. Then Leader of Opposition Chandrakant Kavlekar was heading the group, who has been given the post of Deputy Chief minister in Pramod Sawant led government.

The strength of Congress MLAs has been reduced from 15 to mere five on the floor of the House.

The ongoing monsoon legislative assembly session has began on Monday with the chair of Leader of Opposition on the floor of the House left vacant as Congress legislative party is yet to announce their leader.