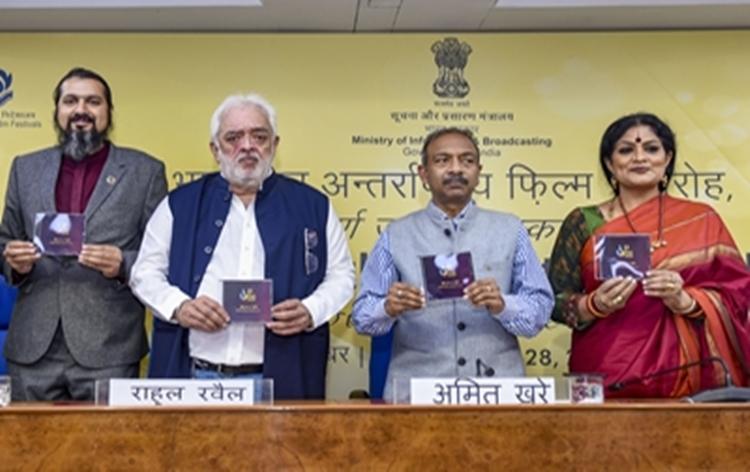 New Delhi: In the run up to the 50th International Film Festival of India (IFFI) to be held in Goa from 20th to 28th November, Secretary, Ministry of Information and Broadcasting, Amit Khare released an enthrallingIFFI2019 Audio-Visual Anthem on Wednesday at a Curtain Raiser in New Delhi.

A radio jingle to mark the Golden Jubilee Edition of the Festival was also released.

The Audio-Visual Anthem of 50th IFFI features Padma Shree Geeta Chandran, noted Bharatanatyam danceras one of the creative artists. The Anthem depicts the emotions through the clippings from IFFI movies that have either been commended or have been screened during IFFI in the last 50 years.

The Anthem music has been composed by Ricky Kej, an Indian Composer who has won many accolades for his music including the Grammy Awards. The entire Anthem has been directed and produced by National Film Development Corporation of Indiafor the Directorate of Film Festivals.

The 50th International Film Festival of India will screen around 200 best films from 76 countries, the highest so far in the history of IFFI.