GPMF revives attempts to resume the industry, hopes on Modi 2.0 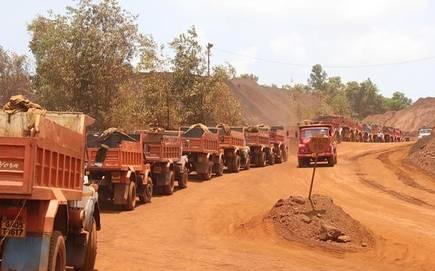 Ponda: While asserting for the legislative solution to current crisis on Iron Ore mining industry in the State, Goa Mining People’s Front (GMPF) on Saturday said that any delay in resumption of the activity would have catastrophic fallouts on the socio-economic structure of the State.

GMPF is a union of people dependent on mining industry in the State. The Iron Ore extraction and export industry has been shunted since February last year after Supreme Court quashed 88 mining leases in the State.

The leaders of GMPF on Saturday met at Ponda town, 30 kms away from here, to discuss the further action to get mining industry resumed with the help of Narendra Modi-led government.

“With each passing day the situation of mining dependents gets grimmer and as such if there is any more delay in proving a long term and sustainable solution to the Goan Mining Industry there will be catastrophic fallouts on the socio economic structure of the State,” GPMF President Puti Gaonkar told reporters emerging from the meeting, which was attended by all the prominent leaders representing the industry.

“Hence we feel that the best solution for resuming mining lies through a legislative amendment in the aforementioned Abolition Act,” he said.

Gaonkar said that the amendment to Mining Abolition Act can help revive the mining industry whose closure has impacted around three lakh people in the State.

While congratulating PM for his second inning, Gaonkar said the mining dependents in the State of Goa have reposed their faith in Modiji’s capable leadership to resolve the mining issues in Goa.

“We believe that Legislative amendment in the forthcoming full budget session can resolve this issue and end the sufferings of over 3 lakh people at the earliest and therefore we request the Prime Minister and the council of ministers to take up the issue of amendment to the Abolition Act,” he said.

Gaonkar said that a sizeable population of Goa finds gainful employment in the mining sector either directly or indirectly as truck owners, drivers, barge operators, road mechanics and other related self- employment ventures.

“In this situation, the only way to quick resolution is bringing legislative amendment in the coming budget/monsoon sessions by the leadership at the center,” he said.

The GMPF also congratulated  Pralhad Joshi for being appointed as union mines minister and hope that he takes prompt and effective steps to ameliorate the sufferings of Goan Mining Dependents.