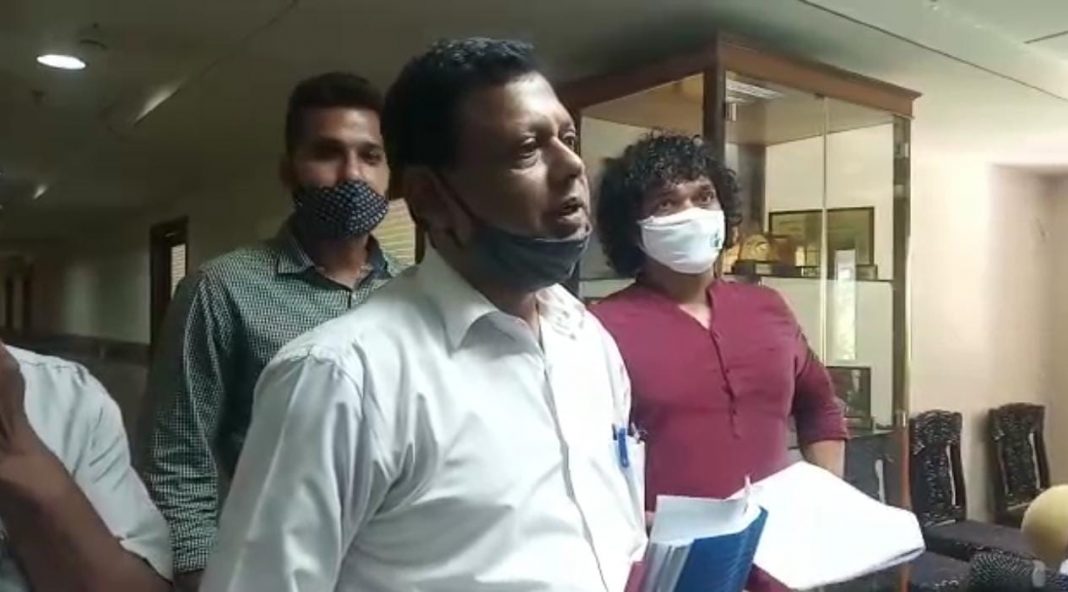 Panaji: Chief Minister Pramod Sawant on Tuesday met the activists who have been opposing the double tracking of the railway, transportation of coal and nationalization of rivers in the state.

After the meeting, Sawant said that he heard the opinion of the NGO on various issues, and would be meeting them again. The NGO, however, said that they have given a deadline till November 15 for the State government to make their stand clear, failing which they will have to resort to agitation on the streets.

“I have heard what the activists had to say about various projects. I have told them that I will be meeting them again,” the chief minister told reporters without elaborating much on what transpired in the meeting.

Various NGOs, who have gathered under the umbrella organization of “Goencho Ekvott” (Unity of Goa) have been opposing proposed projects related to double tracking of South Western Railway, expansion of the National Highway amongst others claiming that the infrastructure is being created to allow Goa to be converted into coal hub.

“We have given representation to the chief minister listing out our demands. We presented before him the actual facts how it is going to affect the life of Goans, once these projects take shape,” said Viratio Fernandes, leader, Goencho Ekvott.

He claimed that during the meeting Chief Minister showed innocence over the projects. “CM admitted that he was not knowing about implication of the projects,” Fernandes said.

He said that they have urged CM to make the state government’s stand clear on these projects before November 15. “I am sure, CM will not allow all these projects to come up and give us Diwali Gift,” Fernandes added.

Another leader Olencio Simoes said that the Major Port Authorities Bill, 2020, which is in the process of being passed in the Parliament, will spell doom for the fishermen community.

He said that the Bill gives right over the coastline to Port Authorities, like Mormugao Port Trust in Goa, which will snatch away the powers of local government.