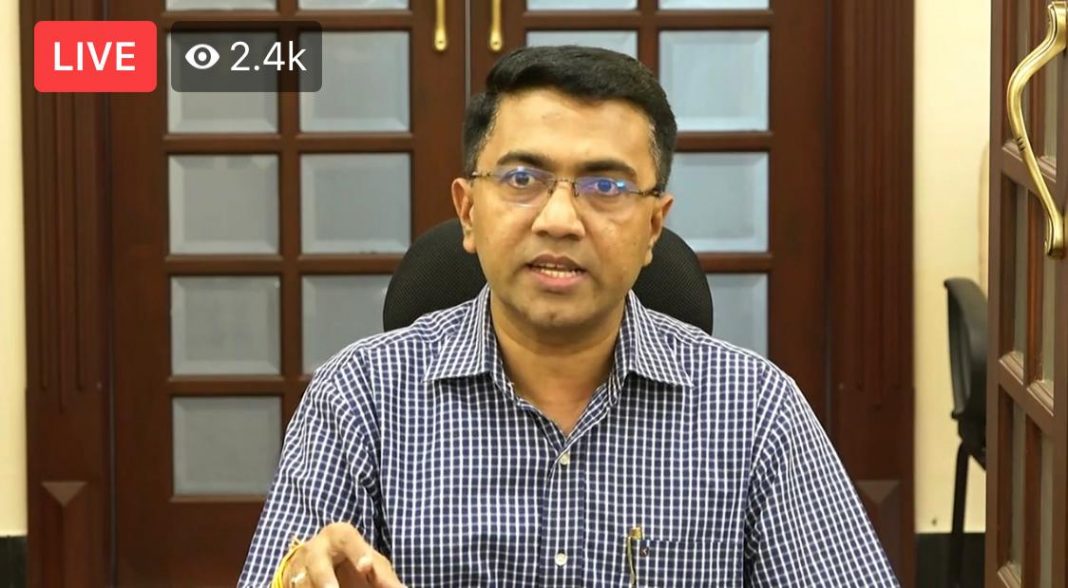 Panaji: Goa on Sunday reported two more COVID-19 positive cases, including one who is brother of the earlier patient, taking the total to five.

Also, the fifth patient who has tested positive had quarantined himself much before, so there is no fear of he spreading the virus, the chief minister said.

Sawant said that the designed hospital for COVID-19 patients has started functioning and all the patients have been shifted to this facility.

Chief minister said that if required, a private hospital has already been shortlisted to be taken over as second COVID-19 hospital.

Sawant said that other family members of the positive patients whose samples were sent for testing at National Institute of Virology in Pune has come negative.

He said that all those whose samples have come negative would discharged from the isolation facility at Goa medical college and hospital.

The chief minister said that the building which is constructed to shift the South District hospital from the existing place have been converted into quarantine facility.

“The new building will also function as a hospital in next 15 days,” he said.

State government has also decided to sanitise all the Primary Health Centres and public places from Monday onwards.

Sawant said that one of the channel in Karnataka was airing a wrong news that labourers from that state who are stranded here are left hungry.

“That is absolutely false new. We have created special camps for migrant labourers. There around two and half lakh migrant labourers who wanted to go back to their native, who were stopped and have been provided free food and shelter,” he said.