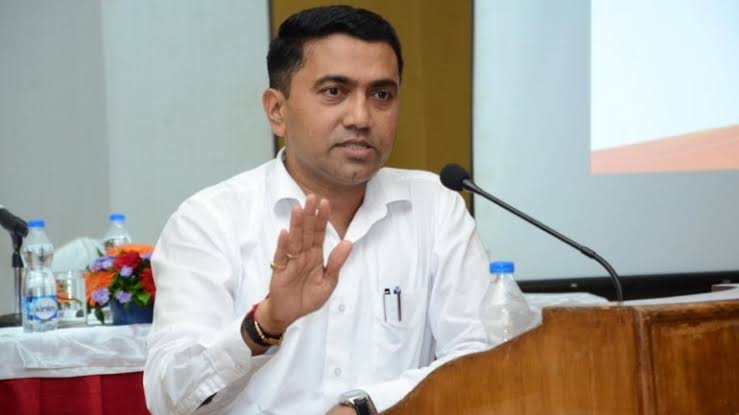 Panaji:  Goa government on Tuesday has written reminder to Union Minister of Environment, Forest and Climate Change Prakash Javadekar reiterating the demand to withdraw the letter written to Karnataka government by his ministry exempting them from Environment Clearance (EC) for one of the project on Mahadayi river.

State Chief Minister Pramod Sawant told reporters after the cabinet meeting on Wednesday that the reminder has already been written on Tuesday as the deadline given by Javadekar to sort out the issue within 15 days has already expired.

Javadekar who was in Goa on November 20 to inaugurate International Film Festival of India (IFFI) had sought 15 days time to act on the demand of Goa government to withdraw the letter written to Karnataka.

Several NGOs have began agitation in the State against the letter claiming that the diversion of Mahadayi river by Karnataka will have hazardous impact on the ecology of the State.

Sawant told reporters on Wednesday that he had personally called Javadekar on Tuesday reminding about his assurance on the letter, which he had given during Goa visit.

“Javadekar told me that he was out of station. He was in Spain and has returned today (Tuesday) itself. He will look into the matter,” the Chief Minister said.

Sawant said that Goa is firm on its demand to either withdraw the letter or keep it in abeyance. He said that the reminder letter written to the union minister has listed out entire history of dispute between Goa and Karnataka on Mahadayi river diversion.

“We have also demanded that the union government should not given any further clearances to the projects on Mahadayi river without taking Goa into confidence,” the chief minister said.

Sawant expressed confidence that Javadekar will respond positively to the demand by Goa government and will either withdraw or keep the current letter written to Karnataka in abeyance.