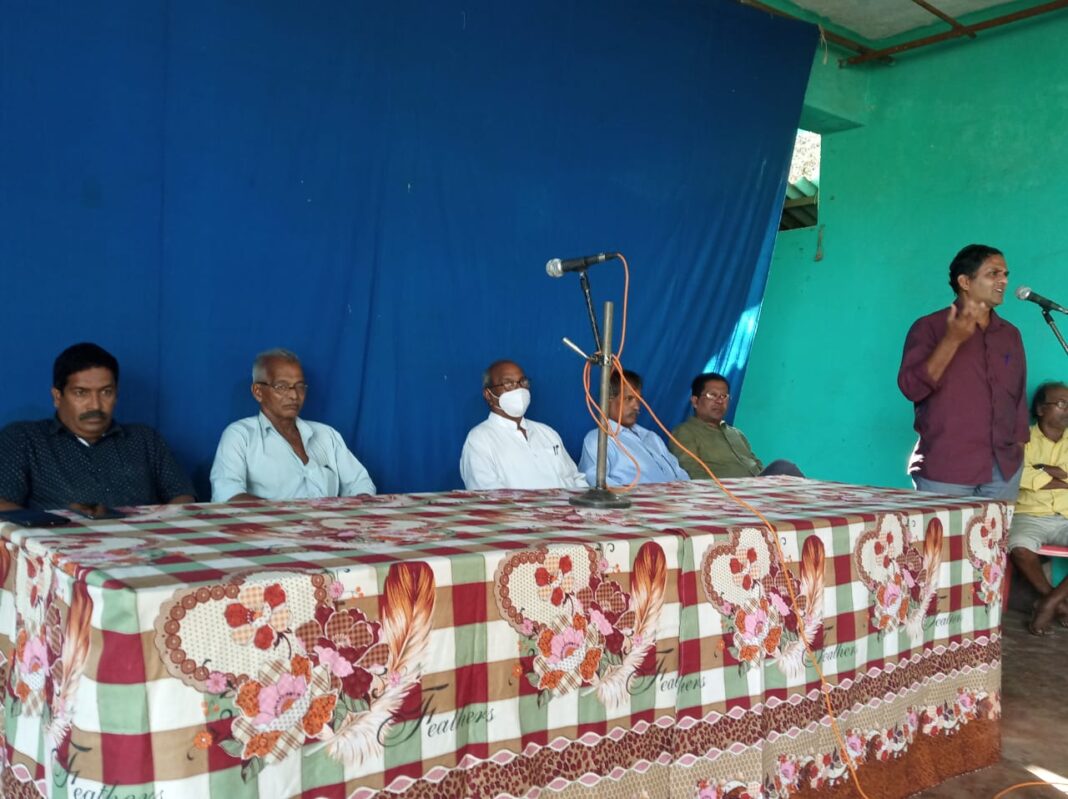 The meeting was addressed by GMPF President Puti Gaokar, Suresh Desai, Shyam Kauthankar and Sandeep Parab. GMPF has gained momentum as more people joined the cause to restart mining in Goa.

“Shel-Melaulim is a striking example that if people come together they can make a difference” said Sandeep Parab. He contended that these corner meetings are important as it is the matter of livelihood of mining dependent people.

Suresh Desai lamented saying ” before ZP elections someone proclaimed that mining would resume in 6 months but no such steps were taken”. Puti Gaokar  inferred that mining not only provided employment to three lakh people but also was the back-bone of Goan economy.

“Looks like the government wants to auction the mines to Adani and Ambani if that happens and goans wont get employment,” said Gaokar. He believes that auction is not feasible rather they should just start the existing mines. ” Hon’ble Supreme Court has not banned any mines instead they have directed to commence mining but according to the procedure established by law” asserted Gaokar.