Fish vendors to hold protest march in Panaji on Monday 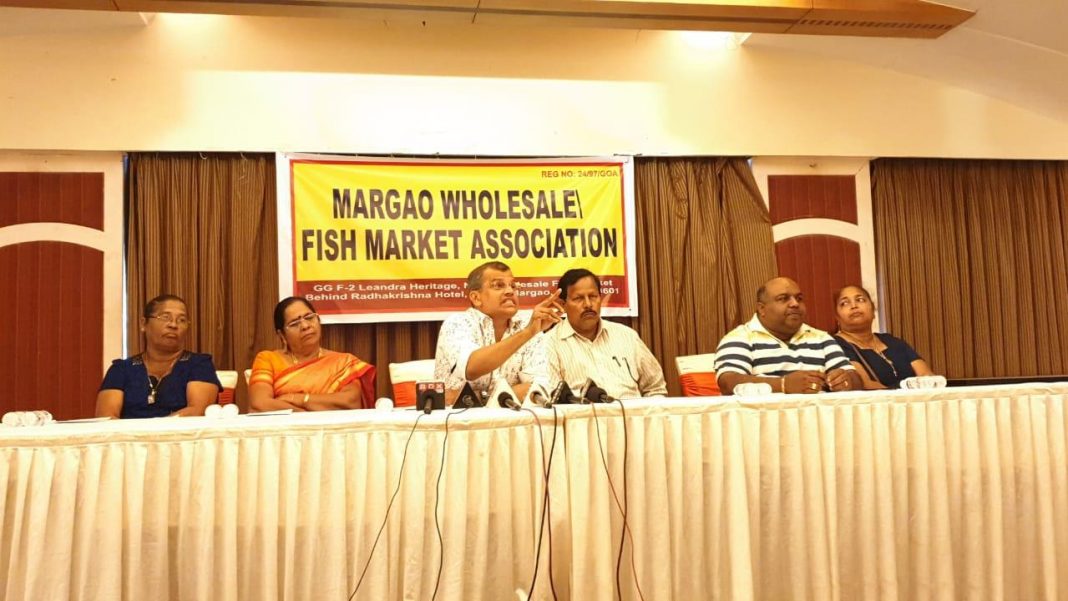 Panaji: The fish traders from across the State will gather at historic Azad Maidan in Panaji on Monday to discuss the issue arising out of stringent regulations on the trucks carrying the commodity from other states.

State Food and Drugs Administration department has imposed stringent measures on the vehicles carrying fish from the other states into Goa. The restrictions are imposed in the wake of fear of formalin laced fish being sold in the State.

Margao Wholesale Fish Market Association, a body of the wholesalers in the State, on Friday said that they don’t mind adhering to the guidelines proposed by FDA but due to adamant behaviour of the local bodies like municipal councils it becomes impossible to provide documents required to get the licence from the state government.

Association’s head Ibrahim Maulana said that the FDA should set up labouratories in the fish markets to ensure that the product sold is bereft of formalin rather than stopping the trucks at the border.

He said that the action of FDA has caused lot of inconvenience to the entire trade in the State, which employs more than 10,000 people.

Maula said that the all the fish traders and vendors will gather at Panaji’s Azad Maidan on coming Monday to decide future course of action.

Maulana said that there is no formalin in the fish and entire fear is unnecessarily created which has resulted in the ban.

“We demand that the production of the chemical called formalin itself should be banned so that the entire suspicion will go. Banning fish is not a solution,” he said.

State government had banned the import of fish in the State in July this year but had later lifted it imposing severe conditions on the traders.