Covid-19 makes a comeback at Colvale Jail, bad health infra in prison may foster it 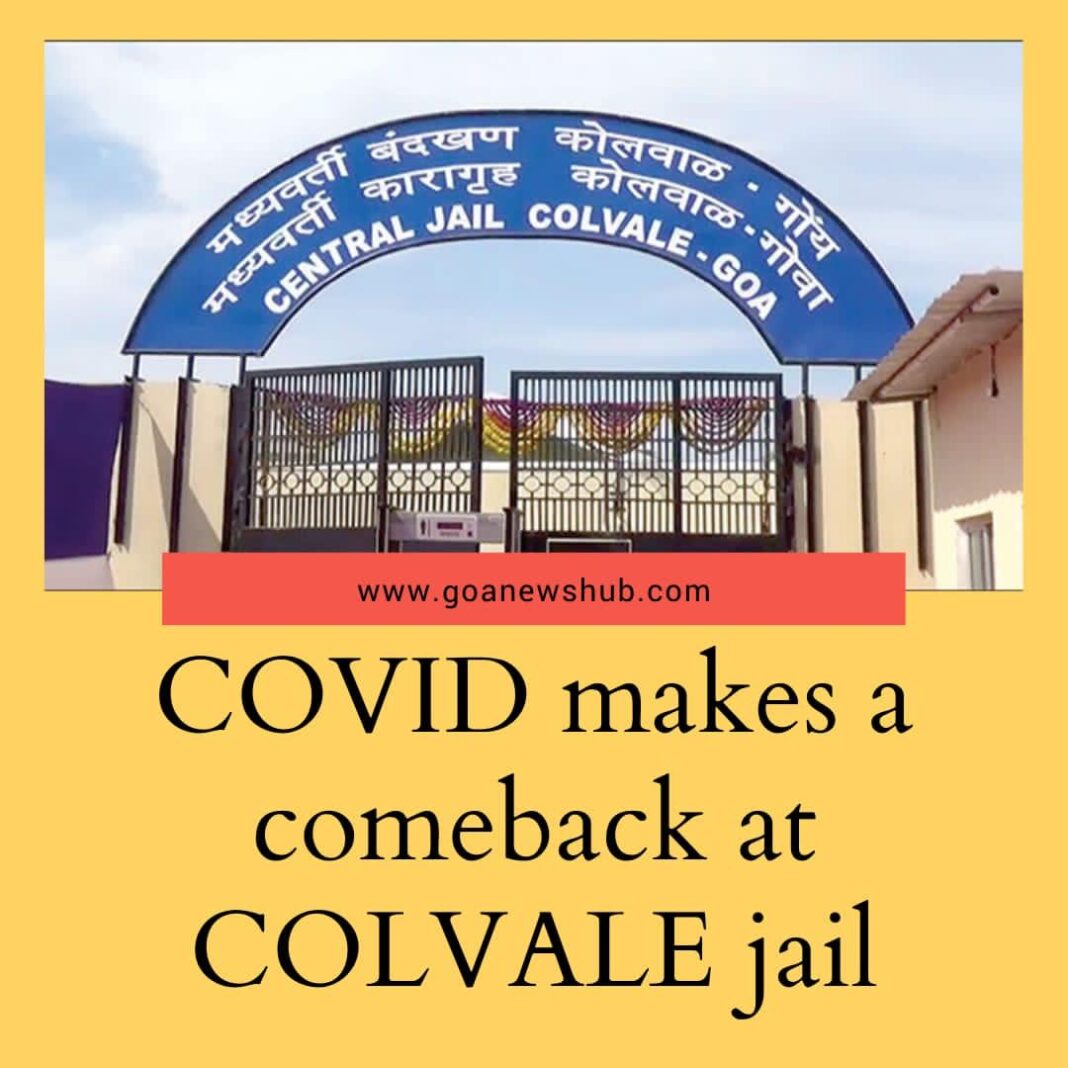 Colvale: A jail guard at Central Jail, Colvale got his report pronouncing him to be COVID19 positive at 9.30 a.m. one of the day this week when he joined the duty. He informed his seniors, expecting immediate attention. But the guard continued sitting at the entrance of the Jail for next 12 hours in absence of vehicle to ferry him to the covid care centre. It was in the night that he was taken to covid care centre at Shama Prasad Mukherjee Stadium, Bambolim.

While state government is attempting to arrest covid-19, it has already reached Colvale Jail.

Covid has once again struck Colvale Jail. This time, the number of prisoners and staff getting infected is low,but looks like situation is grimmer than the last time.

The Jail authorities have already created “Covid Block” to isolate the prisoners who are positive. There are two prisoners, at presence, in that block and both are asymptomatic.

The covid19 has hit the staff too. Around 8 staff including a Jailor, a Head Clerk and guards have tested positive for the infection. What is worrying is that the lone Medical Officer attached to the hospital inside the Jail has tested positive and is in “Home Isolation”.

There has been no replacement for the Medical Officer provided by the state government. The affairs of the hospital is managed by 3-4 male nurses, who are also available only in the night time, leaving the hospital unmanned during day time.

There are no female nurses in this hospital in the Jail leaving 28 women at the mercy of male nurses for treatment, that too, if they are available.

Colvale Jail was built and inaugurated with the huge promises of augmenting the Prison Infrastructure. The prison has only one vehicle in working condition; that too is Ambulance.

Outof all the vehicles allotted to this facility, only one Ambulance is in working condition while another Ambulance and two more Sumo Jeeps are out of order waiting replacement.

As a result, the Ambulance also doubles up as official vehicle for the officers to travel, Van to fetch the necessities for the prison management and also does its original duty of being “Ambulance.”

The Jail officials worry that this Ambulance also may join the fleet of other vehicles who are “out-of-order.”

FULL TIME SUPERINTENDENT OF PRISON IS NOT THERE

SAGA OF HUMILITATIONS OF ASSISTANT SUPERINTENDENT

Senior Assistant Superitendent of Jail Chandrakant Harijan will go down in the record as one of the seniormost officer who did the duty of checking ‘body heat’ using Thermal Gun outside the office of Inspector General of Prison.

The issue was raised inthe media after which he was transferred back to the Colvale Jail. But his humilations continue. His work is  restricted to only certain area. He is given responsibility of garden management.