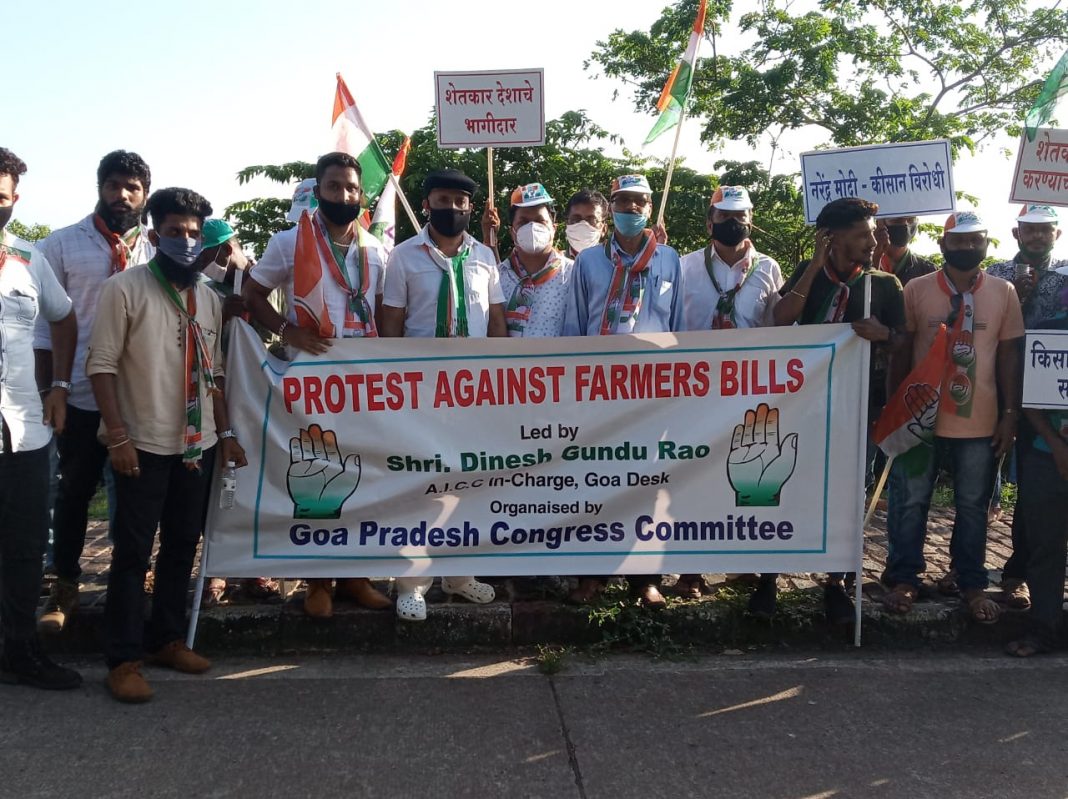 Dona Paula: Congress party on Monday marched to Raj Bhavan in Goa demanding that the central government should withdraw Farm Bills, which were recently passed in the Parliament.

The Congress leaders including Leader of Opposition Digambar Kamat, Goa Pradesh Congress Committee (GPCC) President Girish Chodankar and others participated in the march on Monday afternoon.

Kamat said that the congress which was earlier demanding that President should not give its assent to the Bill, now wants that the Central government should withdraw the Bills, which are anti-farmers.

“The Bills are completely anti-farmers and central government will have no other option than to withdraw them under the pressure of farming community,” he said.

Chodankar alleged that Prime Minister Narendra Modi has amended the act to help the cronie capitalists, who are his friends. “PM wants to make rich people more richer at the cost of welfare of the farmers,” he said.

He said that the PM has already sold out various institutions which were built during Congress regime.

The Congress leader said that the central government wants to save Rs one lakh crore, which would have gone into the pockets of poor farmers as Minimum Support Price.

He said that the central government was trying to legalise its scams, unleashed in the farming sector.

Previous articleIf BJP won’t help Goans, atleast get out of the way of those who want to: AAP
Next articleCOVID19: 438 new cases, six dead