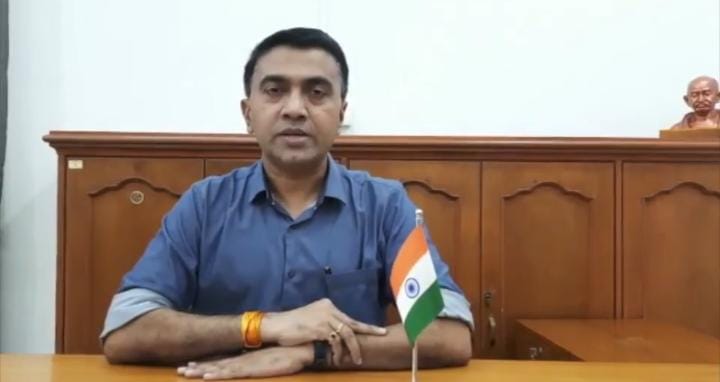 Panaji: The Goa government has re-initiated the lobbying with the centre over resumption of Iron Ore mining activity in the State, which has been stalled after Supreme Court order two years ago.

Goa Chief Minister Pramod Sawant on Wednesday met Prime Minister Narendra Modi in the national capital to discuss the crucial issue of resumption of mining. Sawant said that the restarting of Iron Ore mining is crucial for the economy of the coastal state.

The chief minister also met Union Mines Minister Pralhad Joshi in New Delhi to seek his intervention in re-starting the mining activity in the State.

In a video message, released after his arrival in Goa on Wednesday evening, Sawant said that top level mining officials along with State Advocate General Devidas Pangam would be holding a meeting in New Delhi over the subject on October 10.

“After that meeting, the ministerial level meeting would be held on October 15. We have asked the Prime Minister and centre to provide legislative cure to solve the problem,” he said.

Supreme Court in February 2018 had quashed all the 88 mining leases, which had undergone second renewal in the year 2015.

Taking a pot-shot at Congress, Sawant said that the second renewal was questioned by SC because it was done in a hurried manner by then Laxmikant Parsekar-led government ahead of amendment to  the Mines and Minerals (Development and Regulation) Act, 1957.

The Chief Minister said that Congress-led government in the year 2007, delayed the process to have the second renewal of the leases. “If Congress had to renew the leases in time, in the year 2007, then the industry would not have seen such days,” he said.