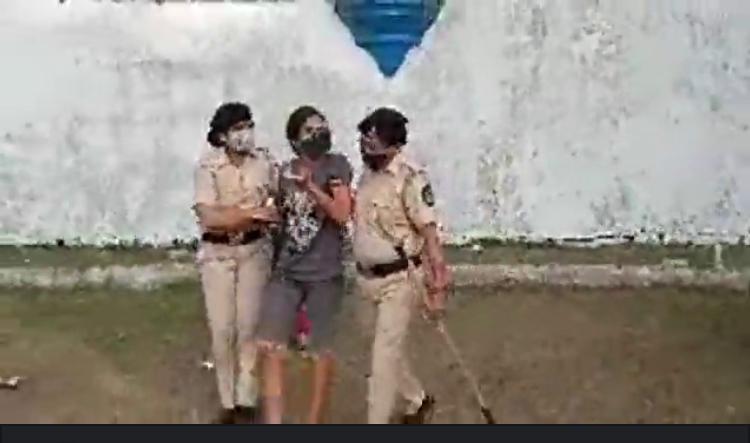 Panaji: Ahead of President of India Ram Nath Kovind’s visit to martyrs’ memorial in the city, a group of anti-coal protestors was detained in Panaji who were on their way to the venue.

A senior police official said that the group was detained in Panaji city, almost two kilometers away from Azad Maidan where President of India is expected to visit to lay wreath on the martyrs’ memorial.

The President is on two-day visit to the state to celebrate 60 years of Goa’s Liberation. The coastal state was liberated from Portuguese rule on December 19, 1961.

The anti-coal protestors are demanding that the state government should scrap three projects – double-tracking of railway line, expansion of National Highway between Goa and Karnataka and a Power Transmission line. The protestors are claiming that these projects are implemented damaging environment and are done to help coal handling companies to transport their cargo from Mormugao Port Trust to Karnataka.

The protestors had squatted on the Railway line at Arossim village last mid-night.

Police said that the protestors after detention were taken to the police station where they will be kept in the custody till President of India’s function in Goa is not over.

President is scheduled to address a public gathering at D B Bandodkar ground later in the evening after laying wreath at Azad Maidan.