It’s time to Liberate ourselves from Anti-Goemkar Govt of Dr. Pramod Sawant:- Vijai 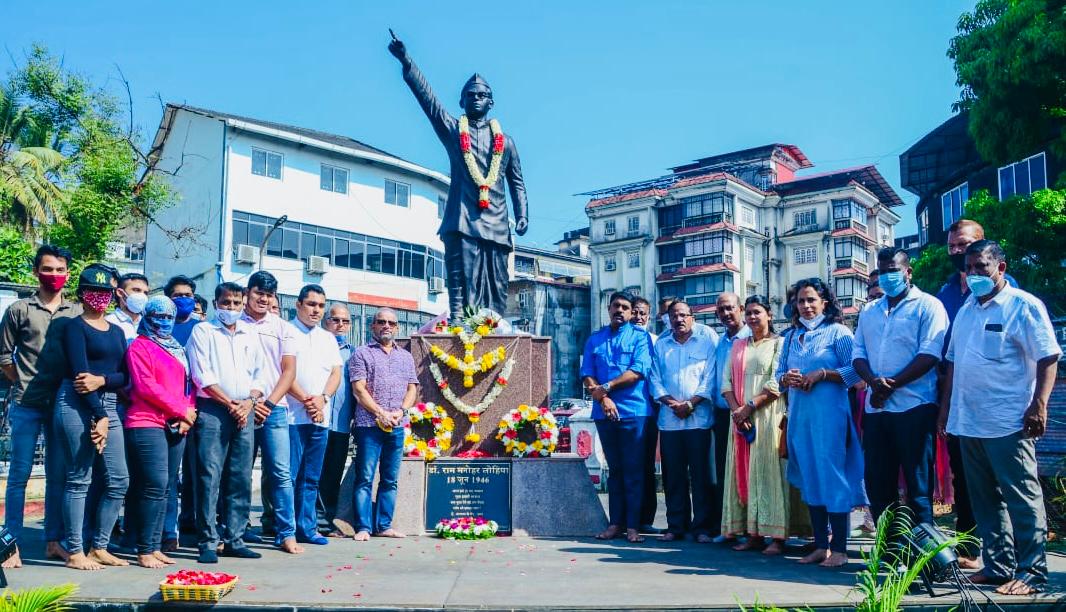 Speaking on the occasion, Goa Forward Chief Vijai Sardesai said that Lohia Maidan is a symbol of Kranti which led to the liberation of Goa. It’s sad to see that beatification work undertaken by during my time as deputy chief minister, has not been taken forward by the Govt as the Urban development minister in the Dr.Pramod Sawant Govt wants a bribe. Therefore the work order for beautification of Lohia Maidan is pending. Even the freedom fighters had demanded for the beautification of the Lohia Maidan as its symbol of Unity of Goans. This is the current state of affairs of this Pramod Sawant Govt said Sardesai.

Sardesai further said that “If we look at Goa at 60, Goa is in a situation that Chief Minister Pramod Sawant had to clarify that he is a Goan, and not from Sawantwadi or Kolhapur.” The Chief Minister said that he Thinks Global. But I don’t think anywhere in the world Global means Coal. If he had a vision for Goa he would not have gone ahead with double tracking, Coal , Mollem forest destruction by suppressing the voice of goemkars. Sardesai said that time has to come to liberate ourselves from the anti-goemkar Dr.Pramod Sawant Govt.

Speaking for the students ongoing requests for online examinations, Sardesai said that new normal is online examinations and students need to be supported for their demand of online examinations. On 12th December Zilla Panchayat Polls were held with an expected rise in COVID-19 cases would be seen just after 20th December. Furthermore the festive season of Christmas and new year would also lead to spike in cases in 1st week of January 2021. Sardesai said that the Chief Minister Sawant wants to hold offline examinations from 4th Jan 2021 and make the students face the pandemic – risking their health, and the health of their families.  We believe what students are saying is right, if due to infection students may miss the examinations and will be forced to re-appear for the examinations which would be marked as repeat in their marksheets, which would hamper their career for no fault of theirs said Sardesai.  Law colleges across the country have not held examinations since March 2020 due to pandemic. Why there is different set of rules for law students and other students ? said Sardesai.

Student representatives from
various colleges across Goa who were present at Lohia Maidan spoke on the occasion and appealed to everyone present to support them in their demand for online examinations. Goa Forward General Secretary Prashant Naik compared the programme and proposed the vote of thanks.