President of India arrives on his two-day-long Goa visit 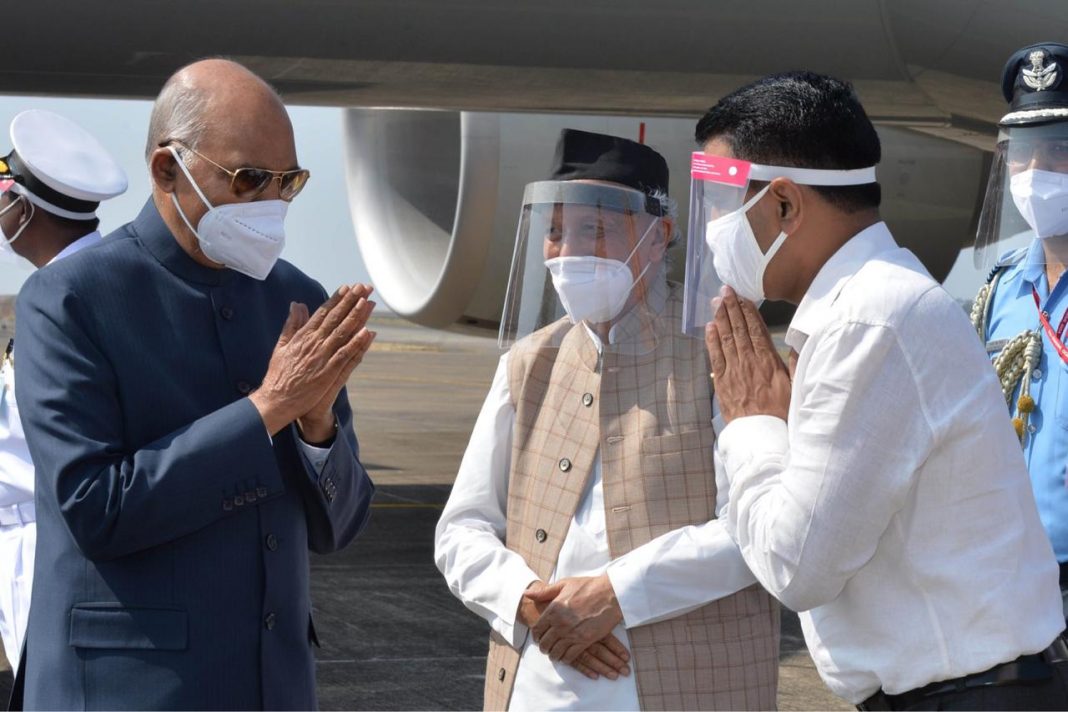 Vasco: President of India Ram Nath Kovind on Saturday afternoon arrived in Goa on his two-day long visit to mark the occasion of state’s Liberation Day.

The President of India was received at the State Airport by Governor Bhagat Singh Koshyari and Chief Minister Pramod Sawant on Saturday afternoon.

Rashtrapati Bhavan has released a tweet informing about President’s arrival in the coastal state where he will be participating in the function to announce commencement of the celebrations of 60th Goa Liberation Day.

Goa was liberated from Portuguese rule on December 19, 1961.

Sources stated that the President will be flying through helicopter to Dona Paula where he would be staying at Cabo Raj Niwas, which is Governor’s Palace.

President would be paying tributes to the martyrs of Goa Liberation Movement in the evening at Azad Maidan in Panaji before proceeding to participate in the function to commemorate commencement of the celebration of 60th Goa Liberation Day.

The President is scheduled to address the public gathering during the event at D B Bandodkar ground in Panaji.