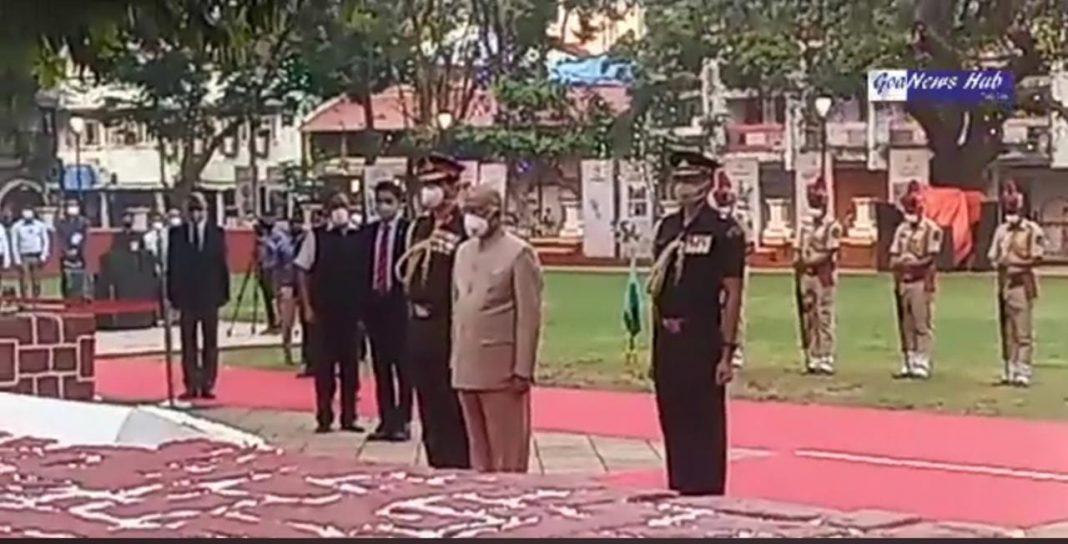 Panaji: President of India Ram Nath Kovind on Saturday laid wreath at Martyrs’ Memorial at Azad Maidan in Panaji on the occasion of Goa Liberation Day.

Kovind is on two-day-long visit to the coastal State beginning from Saturday.

The President accompanied by Goa Governor B S Koshyari, Chief Minister Pramod Sawant and others laid wreath at Martyrs’ memorial which is constructed at Azad Maidan in the capital city. The memorial is constructed in honour of the freedom fighters who laid down their lives for Liberation of the territory from oppressive 450-year-long Portuguese regime.

The President arrived in the coastal state in the afternoon where he was received by the Governor and the chief minister at Dabolim Airport in South Goa.

After paying tributes to the memories of the freedom fighters at Azad Maidan, the President left to participate in the state level function organised to mark the commencement of 60 year of State’s Liberation from colonial rule.