Amit Palekar gets emotional when his daughter visited at the protest site. Palekar adamant on fast till matter completely resolved. 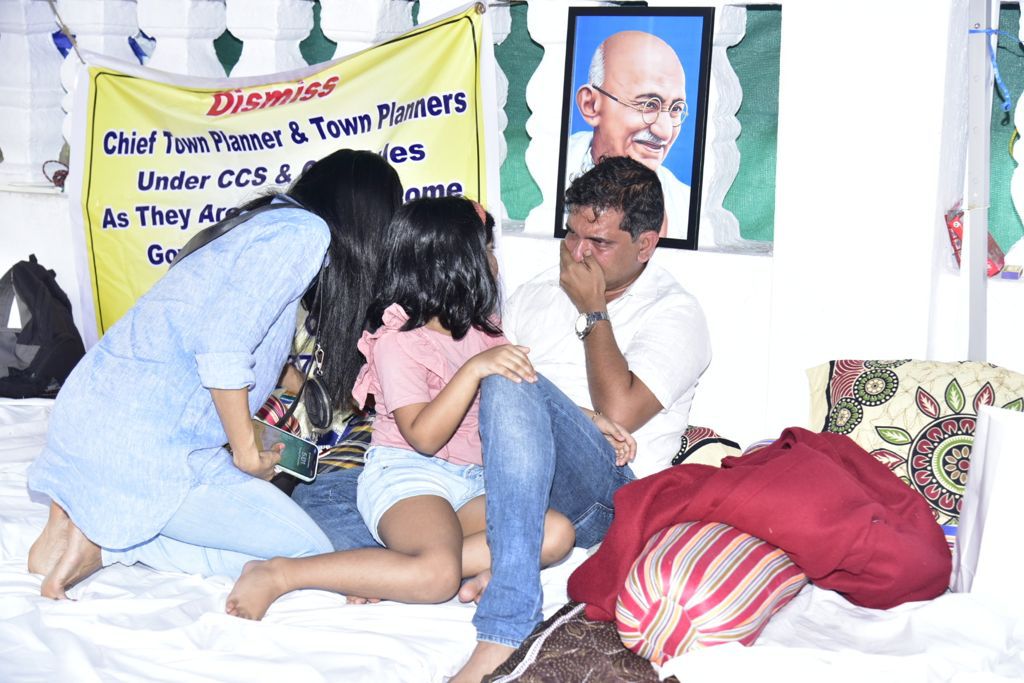 Adv Amit Palekar was visited by his wife and little daughter as his fast entered day 2. Palekar got emotional & overwhelmed by the visit. Apart from his family many Goenkars also stopped by and visited him. Palekar is adamant that come what may he will stick to his fight for Old Goa and Goan heritage.

Meanwhile a stop-work notice has finally been issued by Old Goa Panchayat, to the proprietor of alleged illegal construction at the Old Goa heritage site. Adv. Amit Palekar has welcomed the decision of Panchayat however at the same time he said he will continue his indefinite hunger strike until TCP revokes the permission granted to the illegal structure.

Adv Amit Palekar started his fast unto death on Monday against the illegal construction at Old Goa heritage site.
While addressing the media on his second day of strike he said, “There is finally some action coming. This indicates that the government must bend to the will of the people”.

“Despite the presence of many MLAs here and their support for the protesters, the government has not taken action against the illegal construction. After noticing the large number of support from across the state, the Panchayat issued a stop-work order. However, I do not understand why the government is reluctant to act in the matter”, he added.

“Until the TCP department takes concrete action, I will continue to fast. There’s a legal procedure to follow. Once the TCP issues a revocation notice, at least the people will begin to trust the government. We’ll then pursue the matter legally,” he said.

“CRZ and Archaeological survey documents describe the land where the illegal structure has been built as an orchard property. There was a requirement of permission from the Panchayat and TCP to build the bungalow. But, what were the officials doing when they conducted an inspection? This implies all the concerned officials were involved in granting a permit to an illegal structure”, he opined.