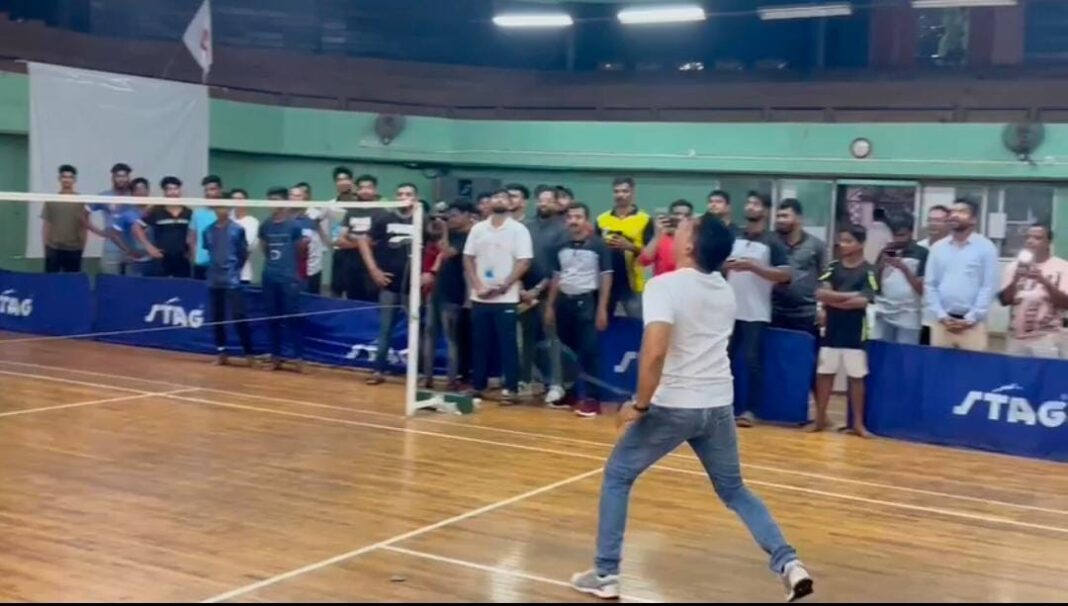 Sanquelim: Sports Minister Govind Gaude smashed some of the best shots when he played an exhibition match against State-level player Karan Dhavaskar on Thursday at Sanquelim stadium. The event was organised by JCI Sanquelim during which the Sports minister emerged from his 15 year long Badminton hibernation.

“We used to play professional badminton matches. But that was some 15 years back. I am back on the ground after such a gap,” Gaude told the organizers after an impressive match, that kept everyone on their toes.

Dressed in white T shirt and sneaker shoes, Gaude was on his mark right from the word go till the end of the match. This is for the first time that any Sports minister has played a match at this indoor stadium in Sanquelim.