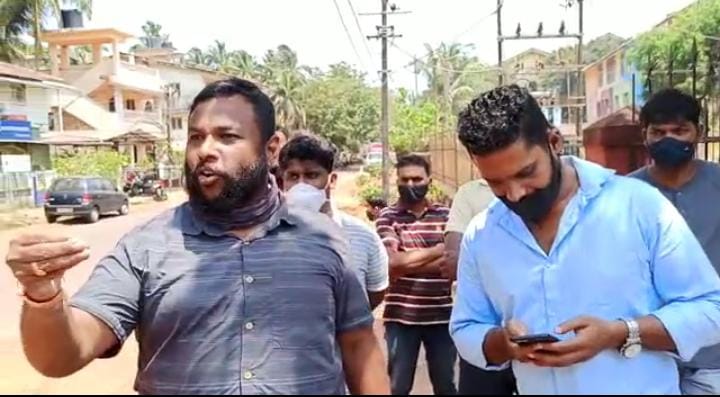 Sources informed that Bappa Korgaokar along with Sunil Naik and others caused damage to taxis which were allegedly called from out of state for a Balaji Telefilms shoot at Nerul.

Since these taxi operators led by Bappa had assembled unlawfully  causing ruckus and damage to property and interference with the ongoing film shoot police arrested them at Porvorim Police station.

Taxi Operators were fumed at the arrest of their taxi leaders. “Government is trying to misuse the machinery by arresting our leaders,” said Yogesh Govekar.

Previous articleSawant Sarkar continues to jeopardise lives and livelihoods of frontline Corona Warriors: AAP
Next articleNo lockdown in Goa, people together should fight back COVID-19: CM