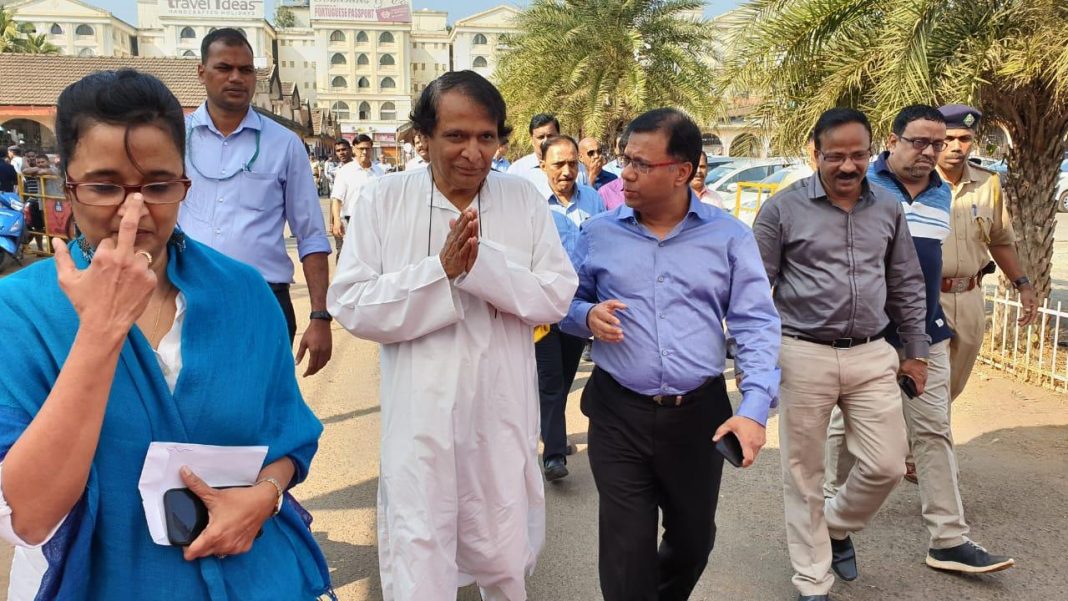 Vasco: Union Civil Aviation Minister Suresh Prabhu on Monday said that Central government is working on finding solution for the mining issue of Goa without harming environment and violating any law.

The mining industry in the State has come to a standstill since March last year after Supreme Court quashed 88 leases.

The people dependent on mining industry are pressing for the Central government to amend existing mining law so as to give new lease of life to the Iron Ore leases.

“We are of the opinion that the mining should resume so that the uncertainty of livelihood faced by several people in Goa ends,” Prabhu said talking to reporters in Vasco town after inaugurating Geographical Indication Store at Goa Airport.

The Union Minister said that the Central government is working towards finding the solution for the crisis on mining industry.

“We want the mining to resume without harming environment and also without violating the laws. We want the livelihood of the people dependent on this industry to be protected,” he said.

Prabhu said that the Central government is working with Goa government to find the solution.

Union Minister Nitin Gadkari while inaugurating third bridge over River Mandovi in Panaji on Sunday had also said that Chief Minister Manohar Parrikar and centre is working to find solution for the problem.