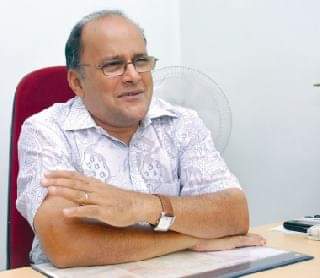 The Director of Prosecution had expressed its strong disapproval on the manner in which the Goa Police’s Crime Branch had probed the 2016 complaint filed against Adv. Aires Rodrigues on the alleged dual Nationality case. This has been revealed in the information obtained by Adv.  Rodrigues himself under the Right to Information Act.

The Director of Prosecution T.S. Sardinha in her six paged legal Opinion dated 2nd July last year was responding to the letter written by the then Crime Branch Superintendent Karthik Kashyap on 24th June whether an appeal against the order of the North Goa District Court granting Adv. Rodrigues anticipatory bail on 3rdJune year could be filed.

The Director of Prosecution clearly opined that it would be difficult to sustain an appeal against the order of the Sessions Court granting Adv. Rodrigues anticipatory bail.

The Director of Prosecution in her opinion noted that the Investigating Officer of the case Police Inspector Satish Gawade could not give satisfactory answers on the questions posed to him about the investigation and in her opinion further pointed out that the Bombay High Court at Goa had already held that it was only the Central Government that had the powers to decide on the issue of Citizenship and that Adv. Aires Rodrigues’s status of citizenship needed to be decided by the Central Government.

The Director of Prosecution in her opinion also raised the propriety of the Investigating Officer for having summoned Adv. Rodrigues under Section 41-A of the Criminal Procedure Code for investigation.