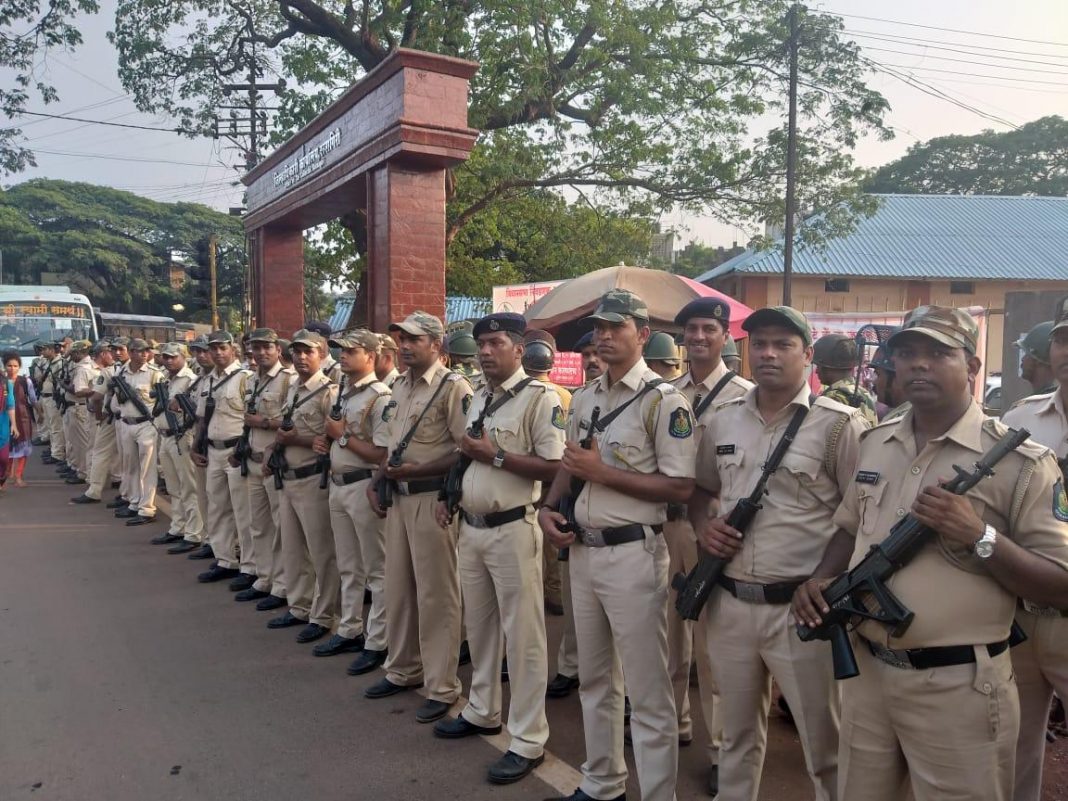 Officials said that two companies consisting of 80 personel each are deployed in the poll bound state. They are performing duties like  Nakabandi, Checking, Route March, and Sensitive places familiarization duties

Each company consists of one PI two PSIs and 77 Hc and PCs.