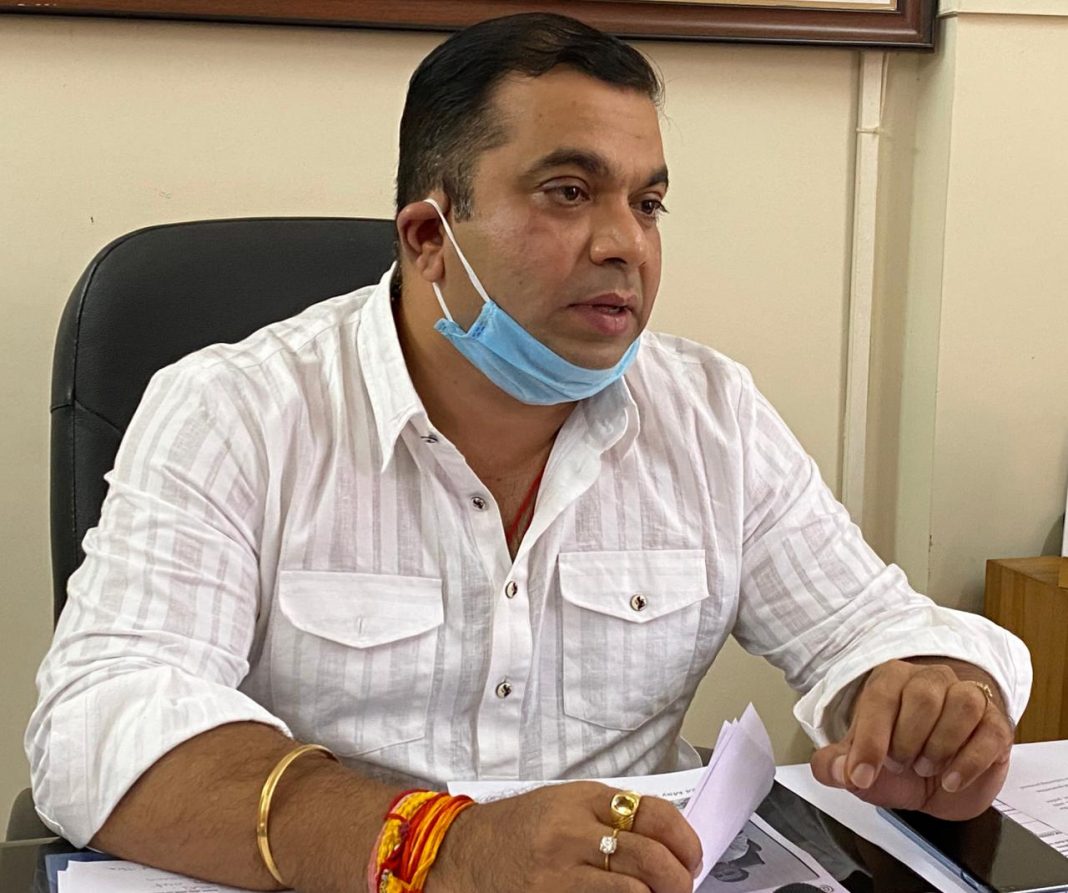 Porvorim: Independent MLA Rohan Khaunte has demanded inquiry by Central Bureau of Investigation (CBI) in the murder of Vilas Methar at Porvorim, while alleging that IPS officers were setting up wrong trend of political victimization during the investigation of serious offence like murder.

Khaunte said that the state government has been using police force to silence their opponents, who have been exposing all the illegal deeds in the favour of the public. The MLA said that he is silent on the investigation in Methar murder case, but that does not mean he is approving whatever police are doing in the name of investigation.

“Death of Vilas Methar is an ideal case which should be given to the CBI. Let the truth come out. The trend of political victimization has been started by IPS officer will percolate to DySPs and PIs corrupting the entire system,” he said adding that “trend of victimizing people for political reasons is very dangerous.”

Khaunte said that the CBI should not only inquire death of Methar but also another incident of murder and rape of a woman at Paithona ward. He pointed out that the same person, in whose construction site the incident happened, was leading Candle Light march demanding justice to Methar.

“If some genuine activists and NGOs had to hold candle light march, than I would have been standing with them,” he commented.

Khaunte said that Porvorim is the only place where BJP and Congress have joined forces to attack local MLA on flimsy grounds.

“Crime has increased as Law and Order has gone for a toss. This is a serious charge which I have made against the government. Whether it is money laundering, underworld, drugs or other issues, government gets hurt when we raise the issues, but at the same time tries to make best out of adverse situation,” he said.

“Vilas Methar case is an unique example, it is a serious offence, action should be taken seriously. Such kind of incident has never happened in Goa the way it is happening in Bihar and UP,” he said.

“You cannot victimize somebody just because he is having political affiliations. This is exactly happening with SP, pleasing his masters, which is a government and the chief minister,” he said.