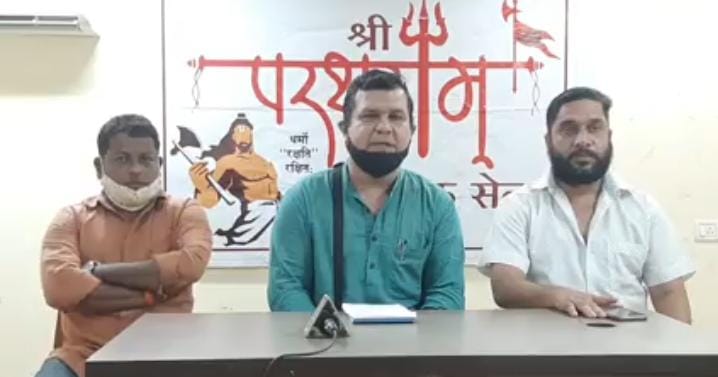 Panaji: Parshuram Gomantak Sena has demanded free and fair inquiry into the rape and murder of a woman at Paithan in Porvorim, besides a similar murder that happened a decade back in the same constituency.

PGS President Shailendra Velingkar questioned why some of the elements under the garb of being NGO and social activists were selectively taking up the cases, while ignoring the rest.

Velingkar pointed out that within days of Chief Minister Pramod Sawant claiming that Prime accused in Vilas Methar murder case would be arrested, a Candle Light protest was held by some people at Porvorim.

The PGS President was accompanied by his deputy Sunil Santinezkar and Executive Member Gajanan Mudgekar.

He said that except couple of people with doubtful intentions, the rest NGOs were genuinely present for the candle light protest, which was politicized by a clique of BJP and Congress leaders in the constituency.

He claimed that one Melchier Joseph Pinto de Rosario in whose construction site a woman was raped and murdered two months back was leading the march, which has raised questionmark why the same person was silent when the incident happened around his property.

In yet another instance, he said that Asnodkar brothers – Kishor and Mahadev, were found to be posing as the activists for the candle light protest. “I want to ask why these brothers are silent over unsolved case of a murder a woman named Shami Asnodkar, who was found dead ten years back when Ulhas Asnodkar was the Deputy speaker and Porvorim MLA.”

Velingkar demanded that the Asnodkar brothers should also seek details on why that death case was not taken to the logical conclusion.