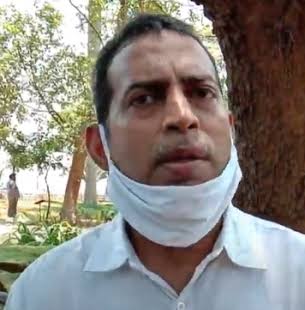 Panaji:  Goa Pradesh Congress Committee Minority Cell Chairman Urfan Mulla tendered his resignation from the post on Sunday expressing his unhappiness over the division amongst senior leaders in the party.

In the resignation letter sent to Party President Sonia Gandhi, Mulla has said that he is also resigning from the post of Spokesman of Goa Pradesh Congress Committee.

“I am not happy with the functioning of party as there is no unity among senior leaders who only fight for their personal gains. Nobody is bothered about the party, neither about the minority issues. We are just used like tissue paper and vote bank,” he said.

Mulla alleged that the congress suffers from lack of organization, lack of direction and ideology and most importantly lack of leadership. “The old guards in the party in Goa have brought nothing to the party and have miserably failed in decision making again and again,” he said.

He added in his resignation letter that the old guards of congress party in the state have failed in giving spaces to its young and ambitious leaders.