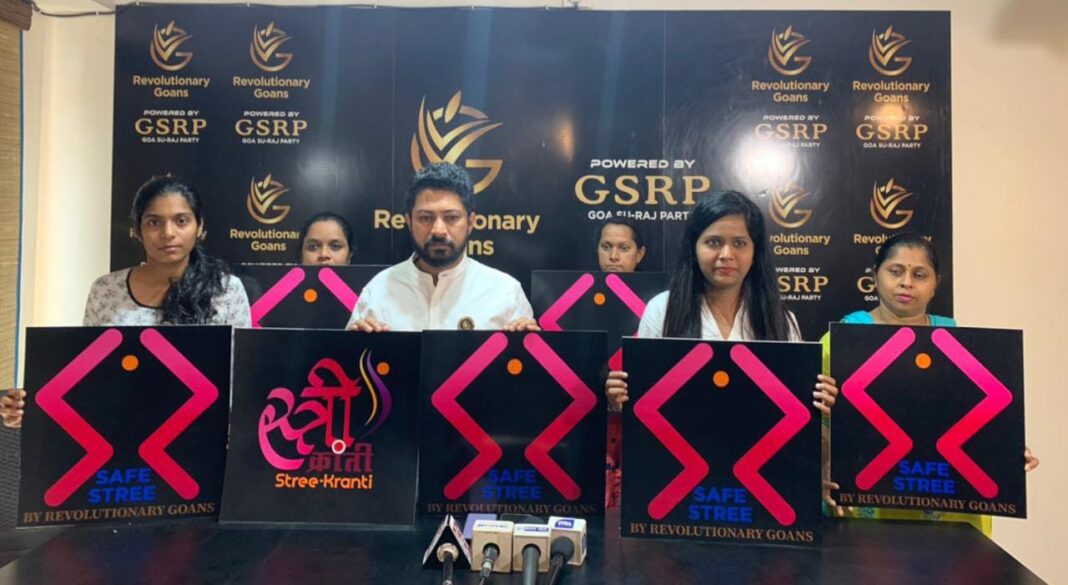 Panaji: Revolutionary Goans, powered by Goa Suraj Party, launched a mobile application Safe Stree to help in women’s safety on Thursday.
“Women’s safety has been of utmost importance lately with the increasing number of crime rates in the state. In the past, there was no such fear at least for women but now times have changed,” said Sunayana Gawde.
Sunayana highlighted a report which was carried out by a national daily two years again in which it was shown how in every five days there were rape or molestation case against women in Goa.
“Our government has not taken any steps to safeguard the interest of women. That’s the reason the crime rate against women has not stopped and only increased. That is why we have come up this idea,” said Sunayana.
“We have an app of our own now that can monitor our security of our loved ones, especially in times where there have been migrant influx on a rise,” Sunayana Kerkar.
Revolutionary Goans leader Manoj Parab pointed out how the central government has tried to focus digital India but the Goa government has failed in this aspect.
“Parents have a lot of stress of their children’s safety and it will be very important. Maximum people use smartphones. If anyone is in danger, friends and relatives will get an alert through a message or notification.
RG has taken many initiatives though Stree kranti.
The application will be available for free on Play Store. Five contact numbers can be added in the app I case a message needs to be sent during emergency. Preferably, the user must inform her contacts in the app about such an arrangement.
Location permission on the handset is important while using the app to trace the whereabouts of the user. The user will only need to shake or move the mobile in case of emergency, following which the handset will vibrate and the emergency message will be sent to the five contacts.
If at all the handset doesn’t vibrate, the app can be opened, following which the user has to press the volume up and down key together and the emergency message will be sent.
“We have already done testing among our women wing. The app will be active for new users today evening or from Friday,” said Manoj.
The app will also be available on Apple’s IOS soon.