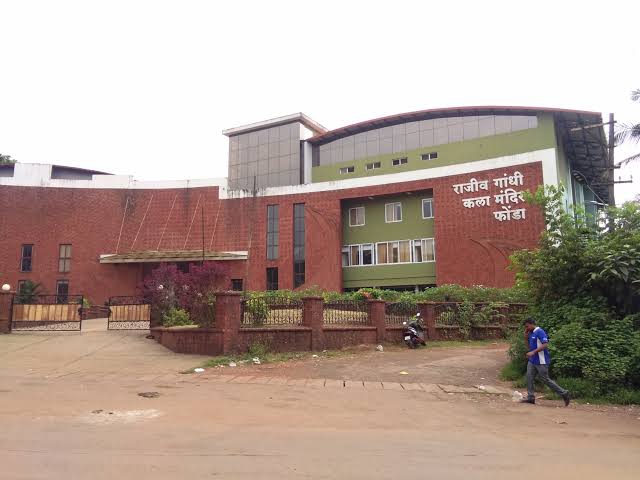 Panaji : Art and Culture minister Govind Gaude announced that, Rajiv Gandhi Kala Mandir, Ponda will be holding 13th Men’s Ghumat Aarti contest and 2nd Women’s Ghumat Aarti contest, as well as Fugdi contest for women.
The Men’s Ghumat Aarti contest will be held between October 12 to 17, and the last round will be held on October 20. The applications will be available
at Ravindra Bhavan from September 15 onwards. The first prize
for the men’s contest is Rs 30,000, Rs second is 25,000 and the
third Rs 20,000.
Three consolation prizes of Rs 7,000 each will also be given. The best Ghumat player, shamel player, kasale player and best singers will also get Rs 5,000 worth prizes.The women’s groups will bag the first prize of Rs 10,000, second of
Rs 8,000 and third Rs 6,000 along with three consolation prizes
of Rs 5,000 each.
The best Ghumat player, shamel player and kasale player as well as the best singer will get Rs 3,000 worth prizes each.The timetable for the women’s Fugdi contest was announced.
The eligibility round will be between October 25 to 29. The first 100 teams will be allowed to participate in the Fugdi contest and the application forms will be available at Ravindra Bhavan from September 15 onwards.
- Advertisement -