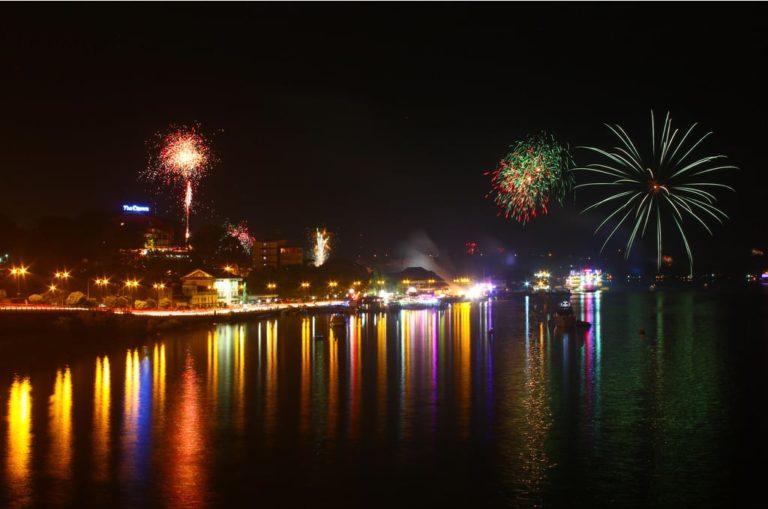 Panaji:  An umbrella organization of the political parties and NGOs protesting against Goa government’s alleged failure to protect Mahadayi river from being diverted by Karnataka, on Tuesday evening withdrew their threat to disrupt New Year celebrations.

Progressive Front of Goa, which enjoys support of political parties including Goa Forward Party, on Tuesday said that they have reconsidered their decision to lead aggressive agitation in the State on the eve of New Year, when lakhs of people throng here to usher in the festivities.

PFG leaders Mahesh Mhambrey and Hrudaynath Shirodkar addressing a joint press conference said that  they (PFG) do not want to create scare among the tourist who have already come to Goa and who have already witnessed  three deaths of tourist  in Goa for which State Government is fully responsible.

“It is also understood that the entire blame of tourist turnover will be passed on to us for which actually, State government is solely responsible as it has failed to promote tourism in the way it should have been,” Mhambrey said.

“The Present State governmnet treats Casinos, Sunburn as the main attraction for tourist and have neglected hinterland tourism, medical tourism and religious tourism due to which tourism industry did not witness quality tourist,” he said.

Thousands of people have thronged to the beaches of Goa to usher in the New Year festivities.

Previous articleThousands throng beaches to witness last Sunset of 2019
Next articleI would not have been able to perform with former allies: Pramod Sawant