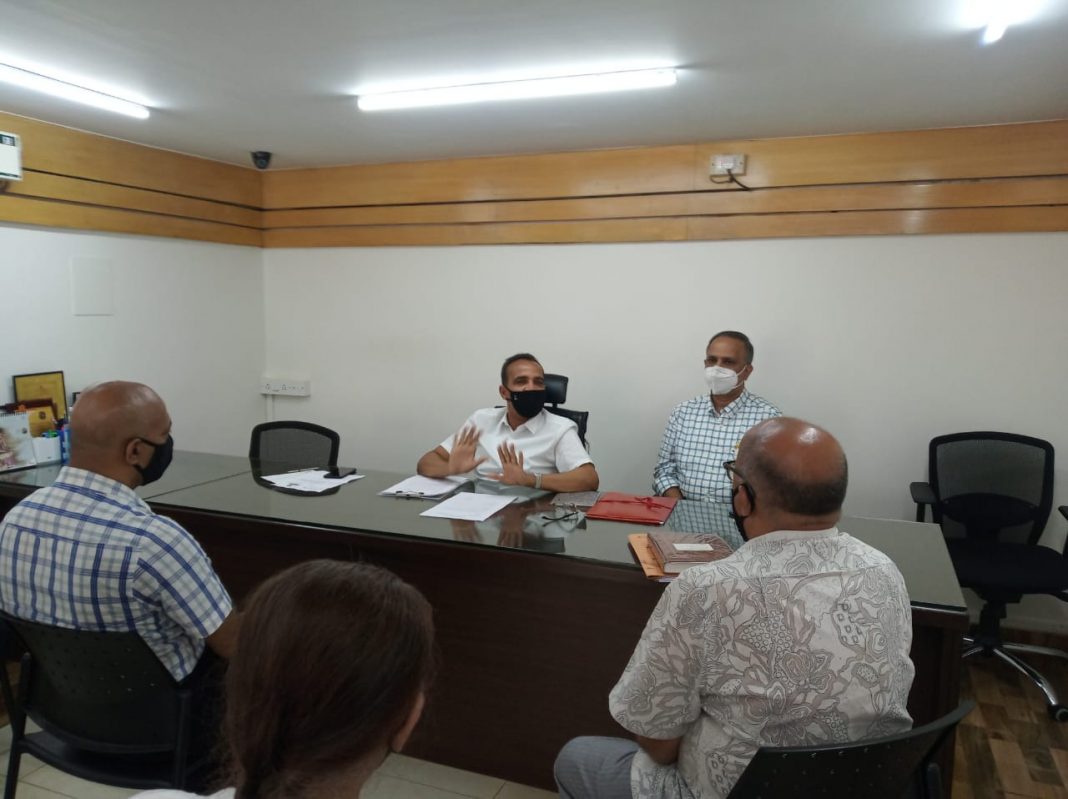 Panaji MLA Babush Monserrate today assured a
delegation of the Ribandar Health Care Committee that the Old Ribandar Hospital would be restored as a fully fledged hospital with all medical facilities.

The delegation led by local Corporator Rupesh Halankar today called on the Panaji MLA and sought his intervention to restore medical facilities at the Old Ribandar Hospital.

MLA Babush Monserrate assured that he would somehow ensure that a fully fledged hospital at Ribandar soon becomes a reality.

The Panaji MLA assured that the entire old hospital premises would now be a hospital again and that the Crime Branch and Lokayukta’s office would also have to move out.

Adv. Aires Rodrigues drew the Panaji MLA’s attention that it was a unanimous demand of the people that full fledged medical facilities be set up at the Old Ribandar hospital and that it should be run by the Goa Medical College.

Adv. Aires Rodrigues also told the MLA that the Ribandar hospital was Asia’s first and established on
13th December 1867 having a very glorious history and that this priceless heritage structure needs to be preserved at all cost and that we need to maintain history by restoring a fully fledged State of the art medical centre at the Hospital with all possible health care facilities.

Adv. Aires Rodrigues also informed the Panaji MLA that restoring medical facilities at the Old Ribandar Hospital would besides catering to the health needs of the very densely populated Ribandar, it would also benefit the residents of neighboring Old Goa, Corlim, Divar, Chorao, Merces and Chimbel.