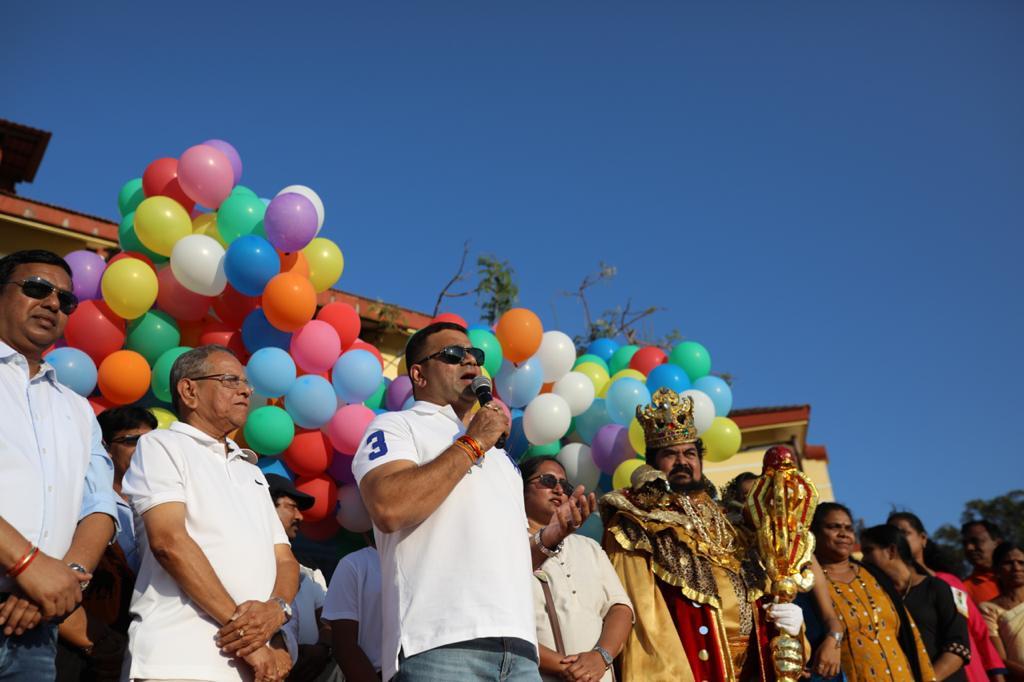 Owing up to the huge buzz of Superstar Yash and Team FC Goa appearing for the NoMoZo celebration, fans from all over Goa flocked down to Porvorim. Third edition of NoMoZo was a massive success in terms of scaled up size, increased activities and overpouring response.

Promoter of NoMoZo MLA Rohan Khaunte in his inaugural address spoke about the objective behind organising NoMoZo and highlighted the need of motor free streets in the busy times. “NoMoZo was designed to bring people from all walks of life together and help them socialise as one community.  Such unique initiatives further our efforts in ensuring improved ease of living for Porvorkars and Goenkars as a whole.”

Over 70 stalls were put up on display by locals, Self Help Groups and other groups showcasing and selling their unique products. Living up to its promise, NoMoZo 3 allowed everyone to spend quality time with their loved ones, having different kinds of activities which kept them thoroughly entertained.