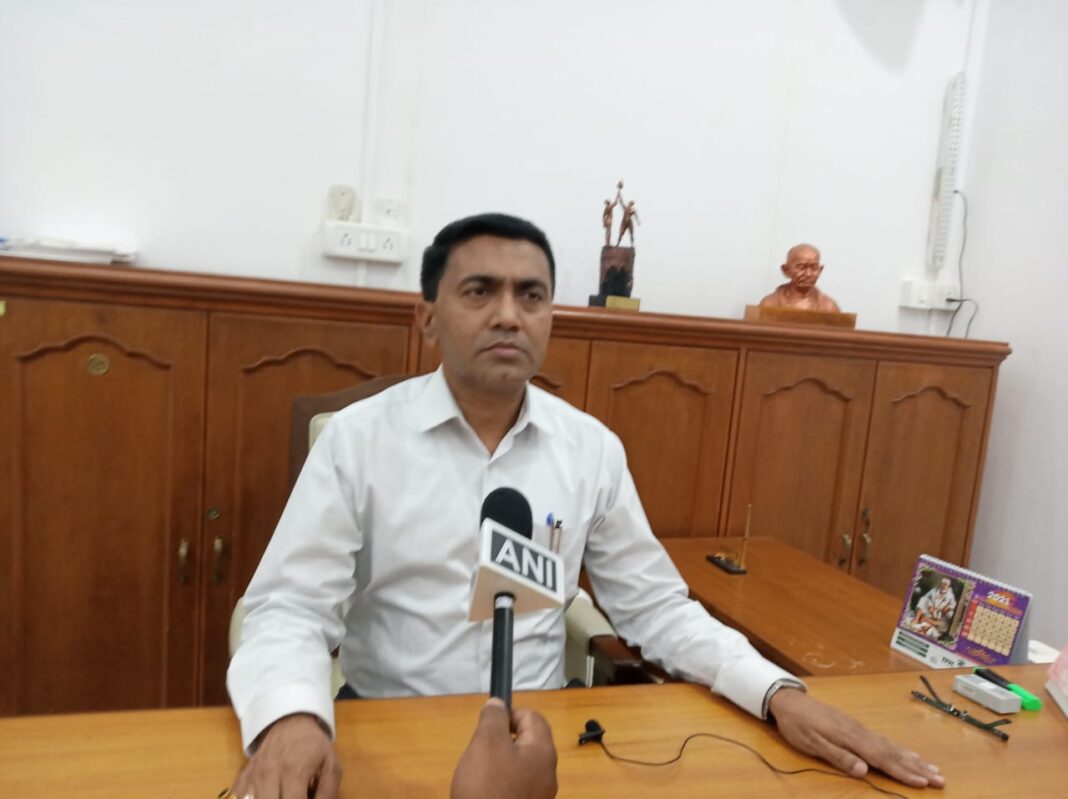 Panaji: Chief Minister Pramod Sawant in his presentation before NITI Ayog urged centre’s intervention to save Mahadayi river and also resume the mining industry along with other issues.

Sawant said that he spoke for almost eleven minutes during the meeting which was chaired by Prime Minister Narendra Modi.

The Chief Minister said that in his presentation, he told NITI Ayog and the Prime Minister that the state might face drinking water shortage in future, if Mahadayi water is allowed to be diverted by Karnataka.

“I pointed out that the petition on Mahadayi is pending before the Supreme Court. I told the PM that diversion will not impact only flora and fauna but also will create drinking water shortage in future. We may not feel the shortage as of now,” he said.

“We have to think in a visionary way when it comes to Mahadayi,” Sawant said while thanking Union Water Resource Ministry for constantly checking the salinity of River Mandovi (Mahadayi), which becomes the base of Goa’s case to oppose the water diversion.

Sawant said that he also spoke about the impact on Goa after closure of Iron Ore mining industry. The Chief Minister said that he presented facts about mining in his presentation.

The Chief Minister also demanded that the state should be allowed to encourage vertical mobility as the area for development is restricted.

“We have 67 per cent of our area under forest cover besides the regulations imposed in the coastal belt due to Coastal Zone Management rules,” he said adding that  only 30 per cent of the land is available for development.

Sawant said that he had already explained about the issues of the state through the letter that he wrote to NITI Ayog recently.

The chief minister said that  stress was also given on “Swayampurna Goa” initiative which aims to revive rural economy and agriculture.