Mining dependents walk to the house of Dhavalikar, gives deadline of Jan 16 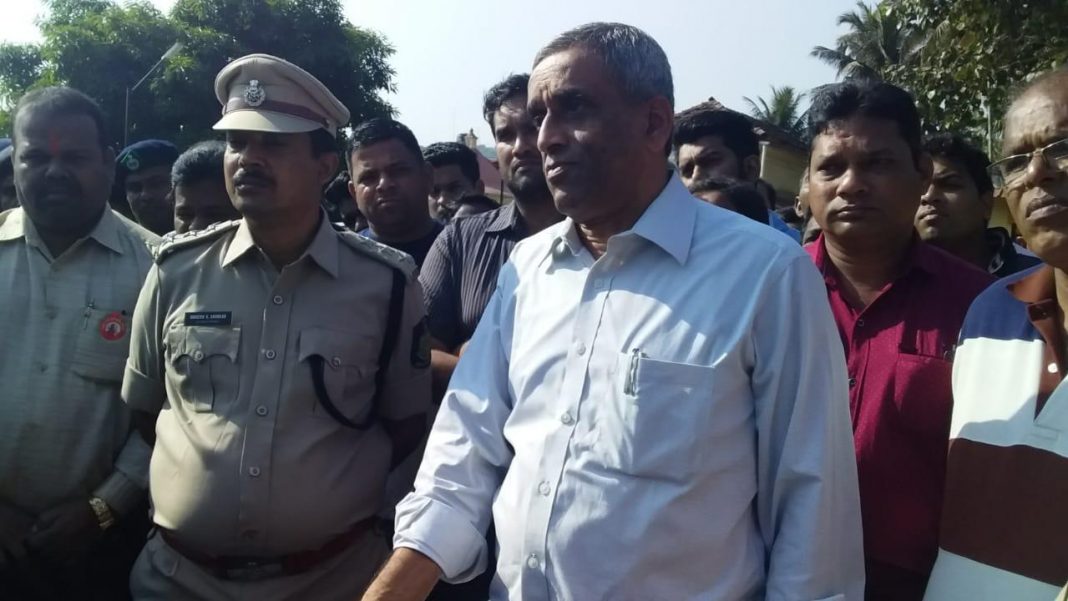 Ponda: Hundreds of people dependent on mining industry on Monday marched at the private residence of MGP leader and Senior minister Sudin Dhavalikar to follow up on their demand to resume the mining industry.

The mining dependents under the banner of Goa Mining People’s Front (GMPF) walked to the residence of Dhavalikar at Bandora village in North Goa, 40 kms away from here.

“The minister told the mining dependents that he would meet PM before January 16. We have given him the deadline till that time and we will march again at his residence on January 17, if he fails to stick to his promise,” GMPF President Puti Gaonkar said.

He said that the minister had assured in the past to take up the issue with the PM, and mining dependents marched to his private residence to follow up the issue.

The Iron Ore mining industry in the state has come to standstill since March last year after Supreme Court quashed 88 leases.

The people dependent on mining industry have been demanding that the Central government should amend existing Mining Laws which will give lease of life to the industry.

The GMPF had even held demonstrations last month in Delhi to attract union government’s attention towards this issue.